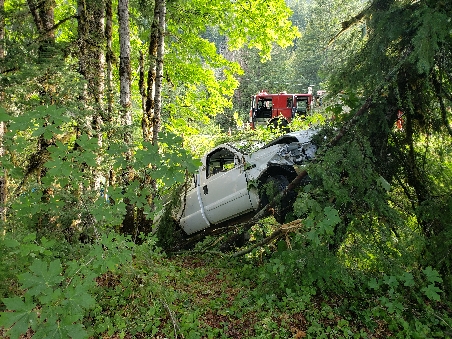 Preliminary investigation revealed that a white 2003 Ford F-250 pickup (towing a boat), operated by Robert Smith (61) of Salem, was eastbound when it went off the roadway and struck a tree.

OSP was assisted by ODOT and Idahna Fire.