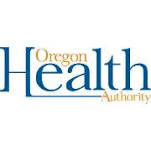 The Oregon Health Authority released its weekly report today, which showed a 13% drop in daily cases for the week of Aug. 16 to Aug. 23. OHA recorded 1,704 new cases of COVID-19 cases—down from previous week’s tally of 1,963.

Slightly fewer Oregonians were tested for the week, which had a total of 24,177 people tested. That total includes testing done at all locations including commercial non-hospital-based laboratories, hospital laboratories and Oregon State Public Health Laboratory.

The age group most affected by the virus remains 20-29, although the elderly remain the hardest hit age group. COVID-19 hospitalization and death rates increase with age; almost half of the 420 deaths have been among persons 80 or older, and 75% in persons 70 and older.