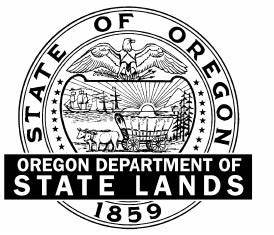 SALEM, Ore. – The state has mailed approximately $3.2 million in unclaimed funds to nearly 11,000 Oregonians, marking a distribution of unclaimed property that is a first of its kind for Oregon.

Individuals who received a letter in October informing them of forthcoming unclaimed funds will soon receive a check in the mail from Oregon’s Unclaimed Property Program, administered by the Oregon Department of State Lands.

The checks, which range between $50 – $2,500, are being mailed to current and former Oregonians. Each check represents a unique sum of unclaimed funds — referred to as unclaimed property — owed to each person by a business or organization that was unable to return the money to its owner. Common examples of unclaimed property include uncashed checks, forgotten bank accounts, security deposits, tax refunds, credit balances, investment accounts, payroll checks, refunds and more.

When businesses lose contact with their patrons for a certain time, they are required under state law to turn over funds held for those individuals to Oregon’s Unclaimed Property Program. The funds are held in a central repository until they are reunited with their owner or heir — typically when a claim is filed.

This is the first time the Oregon Unclaimed Property Program is distributing funds directly to owners who have not first filed an unclaimed property claim. The state determined that, due to the financial circumstances many are facing, property that met certain criteria would be mailed to the associated owners. The criteria included a deliverable address. For cases in which the October letter was undeliverable because an individual no longer lived at that address, that person was removed from the final mailing list. However, they can still claim their property at unclaimed.oregon.gov.

Recent improvements to the Unclaimed Property Program’s software have made the distribution possible. This initiative follows the lead of five other states that have successfully tested directly sending unclaimed money to owners.

Individuals who received a letter in October should contact the Department of State Lands if they do not receive their check by the end of November. Checks may be delayed for those who received a letter and opted to file a claim at unclaimed.oregon.gov, rather than wait for the funds to be automatically mailed.

The Oregon Unclaimed Property Program is administered by the Oregon Department of State Lands. The program, which has been in existence since 1957, works with business to ensure they are compliant with Oregon unclaimed property laws, while returning unclaimed funds to current and former Oregonians. While funds are waiting to be claimed by owners, they are held in the Common School Fund, where they earn interest and benefit Oregon public schools.