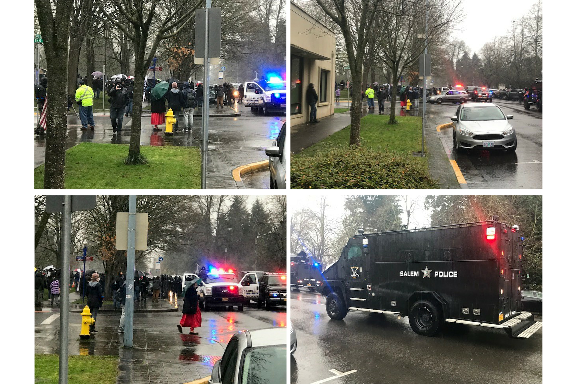 At approximately 2:00 P.M., a group of counter protesters arrived at the Capitol and a fight broke out between the opposing sides.  Law Enforcement members quickly separated the two groups and worked to keep the two groups separate for the remainder of the day.

David Willis (43)  of Lincoln City, was arrested and charged with harassment and disorderly conduct.  The investigation is continuing and more charges are possible after consultation with the Marion County District Attorney.