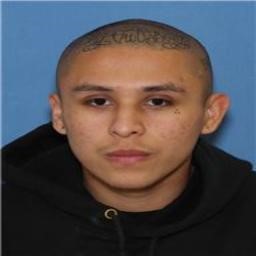 Friday, January 8, 2021 – Woodburn, OR – On Friday, January 8, at approximately 5:00 p.m., Woodburn Police Department (WPD) Detectives, along with help from U.S. Marshals and the Marion County SWAT team, were able to locate and take into custody an attempted murder suspect. Aldo Vasquez Lozano, (photo included) a 21-year-old Hispanic male, was taken into custody after several months of eluding police and committing several more crimes while evading arrest.

The original attempted murder charge took place on July 28, 2020 in the City of Woodburn, where he stabbed a male Woodburn resident several times with a knife, and has been on the run ever since.

An additional suspect was taken into custody but is not being charged at this time. NO further information is available on this subject.

Anyone with information regarding Aldo Vasquez Lozano is asked to please contact WPD 503-982-2345 and ask to speak to Detective Matt Stearns.