Worker Killed In Explosion And Fire Near Silverton 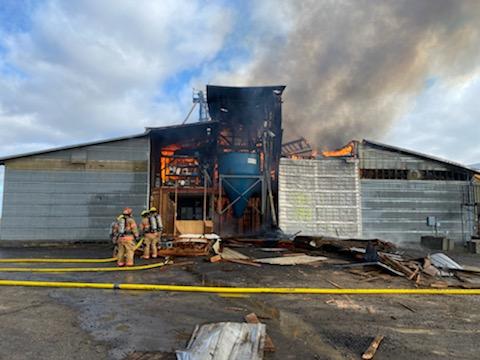 A worker was killed in an explosion and fire at a commercial/agricultural building near Silverton Tuesday. It happened around 9am in the 13-thousand block of Riches Rd NE. The heavy smoke and fire could be seen several miles away. Crews attacked the fire aggressively to try and find a missing employee on the second floor. That person was found deceased. Another worker was sent to the hospital with non-life threatening injuries. No firefighters were injured. The name of the deceased is being withheld until notification of next of kin can be made. It is suspected that a dust explosion occurred which spread fire through the second story of the structure.