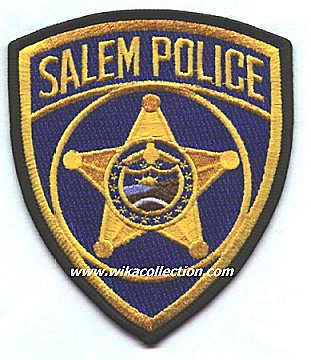 On March 26th, 2021, at approximately 7:50pm, Salem Police responded to a fatal traffic crash in the 3700 block of Commercial St SE.  Arriving officers located two vehicles involved in a head on collision.  Witnesses to the crash stated that the driver of one of the vehicles, a black Ford SUV, left the scene on foot. Witnesses were able to provide a description of the driver, who was later identified as Anthony Dalton Quin Vincent, a 24 year old Salem resident.  incent was located by officers a short distance from the crash scene and taken into custody.  He was later tranpsorted to the Salem Hospital for medical treatment.

The driver of the second involved vehicle, a red Chevrolet Silverado, identified as Barry L J Johnson Sr, 55 yrs old, was transported to Salem Hospital with serious injuries.  A passenger of the Silverado was pronounced deceased at the scene by medics.  The passenger is identified as Sarah Christine Jensen, a 31 year old Salem resident.

Investigators determined that the Silverado Truck was entering the roadway, facing south on Commercial St SE, in the center turn lane when it was struck head on by the black Ford SUV, which had been travelling north on Commercial St. The cause of the crash is still under investigation.

Vincent was arrested and lodged at Marion County Correctional Facility on the charges of DUII, Fail to Perform the Duties of Driver in an Accident with injury and Reckless Driving.