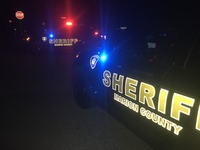 On Friday, April 2nd, 2021, at about 7:23 p.m., a local hospital notified deputies a 37-year-old patient with multiple gunshot wounds had been brought to the hospital by family members.  As deputies began investigating they learned the shooting occurred at a rural property on Bridge Creek Road SE near Silverton.  Detectives from the Sheriff’s Office were called in to lead the investigation.

As the initial investigation unfolded, detectives determined the shooting had occurred during a disturbance involving the victim and his father.  Deputies responded to the Bridge Creek Road property where the victim’s father ultimately surrendered peacefully.

The father of the victim, Willie Madewell, a 72-year-old Silverton man was taken to the Marion County Jail where he was lodged.  Madwell has been charged with Attempted Murder in the Second Degree, Assault in the First Degree, and Unlawful Use of a Weapon.  Madewell is scheduled to be arraigned s://2“>on April 5th, 2021 at 2:30 p.m. at the Marion County Circuit Court Annex.