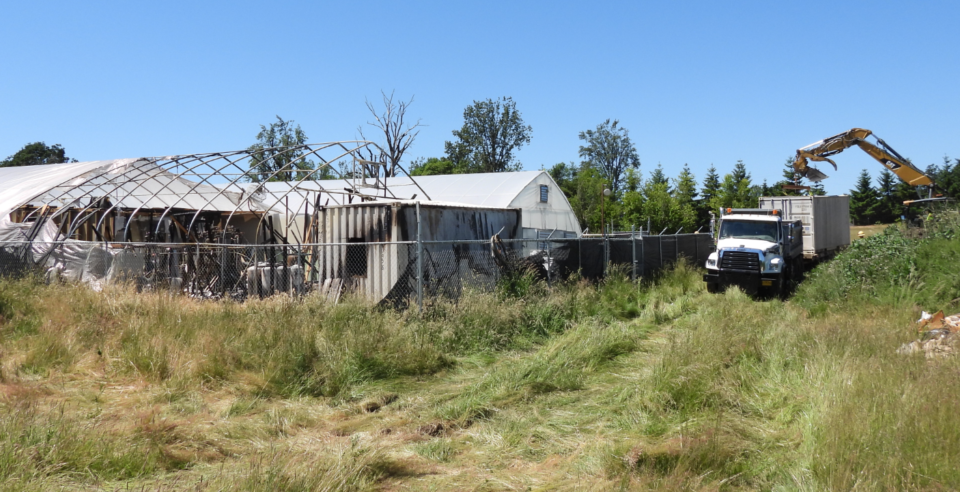 On the morning of May 27, 2021 the Polk County Sheriff’s Office responded to a fire in the South Kings Valley Hwy area outside of Dallas. Deputies quickly learned this fire was the result of an explosion that occurred inside of an illegal marijuana extraction lab. The lab was located inside of a greenhouse, which was near an occupied residence. Two people, Jameel Fabela (29 year old male) from Jefferson and Joel Nielsen (21 year old male) from Corvallis were arrested and charged with Arson Incident to Manufacture of Cannabiniod Extract in the First Degree and Unlawful Manufacture of Marijuana Item.

Detectives executed multiple warrants over the course of six days and seized lab production equipment and evidence as well as illegal marijuana products, including a shipping container filled with illegal marijuana product (shown in the attached photograph). Numerous jars of finished BHO (Butane Hash Oil) were seized with an estimated value of $100,000.

This information was published to remind the public that while marijuana is legal in many ways, the illegal, unlicensed, and poorly constructed extraction labs pose a significant risk to the public. Please contact your local law enforcement about any suspicious activity related to illegal marijuana operations