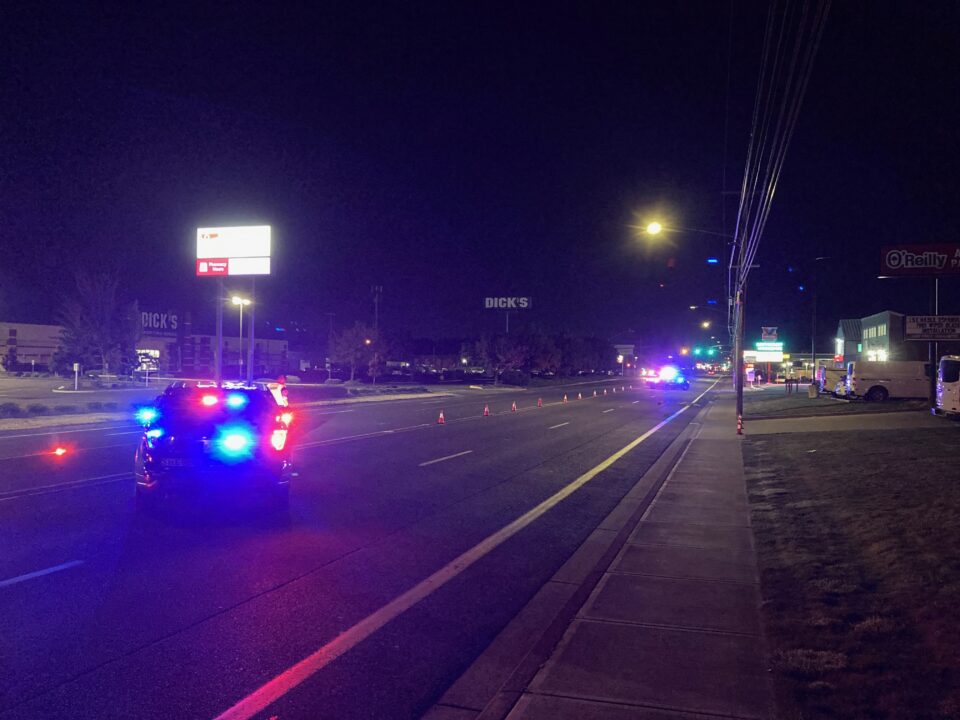 On September 17, 2021 at approximately 1:15 a.m. a 911 caller reported a hit and run of a pedestrian on Lancaster Drive NE near Hudson Avenue NE in the unincorporated area of Salem. The caller reported the involved vehicle was a black Chevrolet pickup last seen going north on Lancaster Drive. As deputies were responding to the scene they located a vehicle matching the description of the suspect vehicle leaving the area.
Deputies closed off the northbound lanes of Lancaster Drive between Hudson Avenue NE and Amber St NE while they investigated the scene of the crash. The Marion County multi-agency Crash Team was called out to process the scene.
The pedestrian, a 31 year-old male, was taken by ambulance to a local hospital for treatment with serious injuries. They are in stable condition.
The driver of the involved vehicle has been identified as Victor Brayhe Del Rosal Garcia, 23, of Salem. He was transported to the Marion County Jail where he was lodged for felony hit and run charges.