Detectives Seize Over 2800lbs of Marijuana After Sunday Morning Burglary 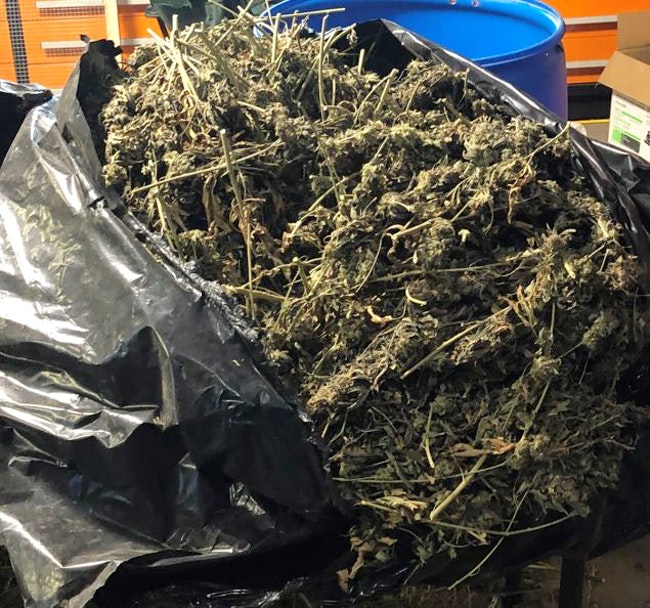 On Sunday, November 14, 2021, at just after 6:00 a.m., deputies were dispatched to a property on Labish Garden Road NE near Highway 99E, just north of Salem. The caller reported four people armed with rifles breaking into a shop on the property. When deputies arrived, the unknown suspects fled from the property in two separate vehicles, a gray Dodge Ram and an unknown make white pickup. Deputies pursued the white pickup on Interstate 5 before terminating the pursuit for safety reasons near Woodburn.

While investigating the burglary, deputies learned this was an illegal marijuana operation and discovered a large amount of marijuana in the shop. Detectives from the Directed Patrol Unit obtained a search warrant for the property and seized:

The property owner, Dominik Calvillo (28), was cited and released for Unlawful Possession of Marijuana and Unlawful Manufacture of Marijuana Items.

Investigators are seeking tips from anyone who may have information regarding the burglary to the property. Tipsters can text TIPMCSO and their tip to 847411 or online by visiting https://www.co.marion.or.us/SO/Pages/tip411.aspx.