A Flood Watch Remains in Effect through Monday Morning 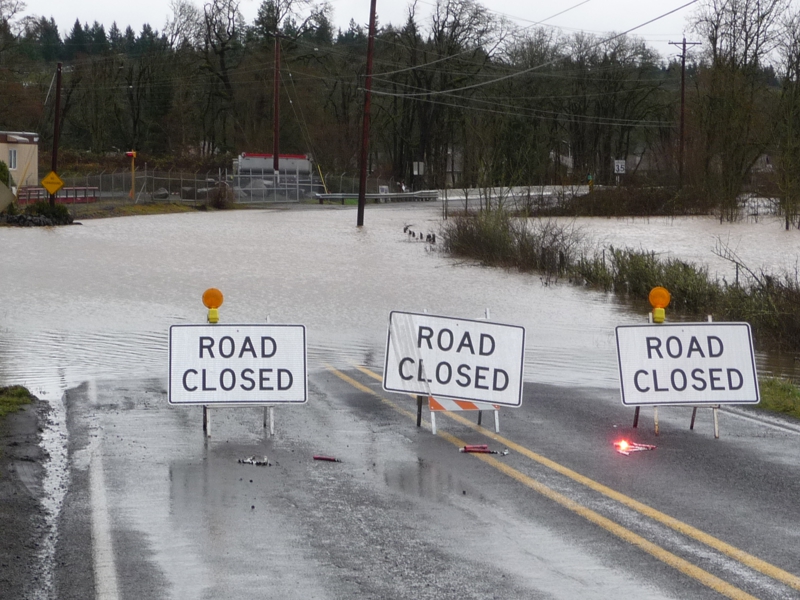 Excessive runoff may result in flooding of rivers, creeks, streams, and other low-lying and flood-prone locations. Creeks and streams may rise out of their banks.

An area of moderate to heavy rain will persist from the coastal Lane/Lincoln County area and extend northeastward towards Olallie Butte and Mt Hood for much of today. This will lead to rising creeks and rivers, particularly on the southern periphery of this line where snow levels will be higher. The Siletz River at Siletz, the Alsea River at Tidewater and the Pudding River at Aurora are additional rivers to watch during this event.

In addition, debris flows and landslides could once again pose an issue in the Riverside, Beachie Creek and Lionshead burn areas as a combination of snowmelt and rain destabilize hillsides.

In addition, minor flooding may occur in urban and rural areas, particularly during heavier bouts of rain.