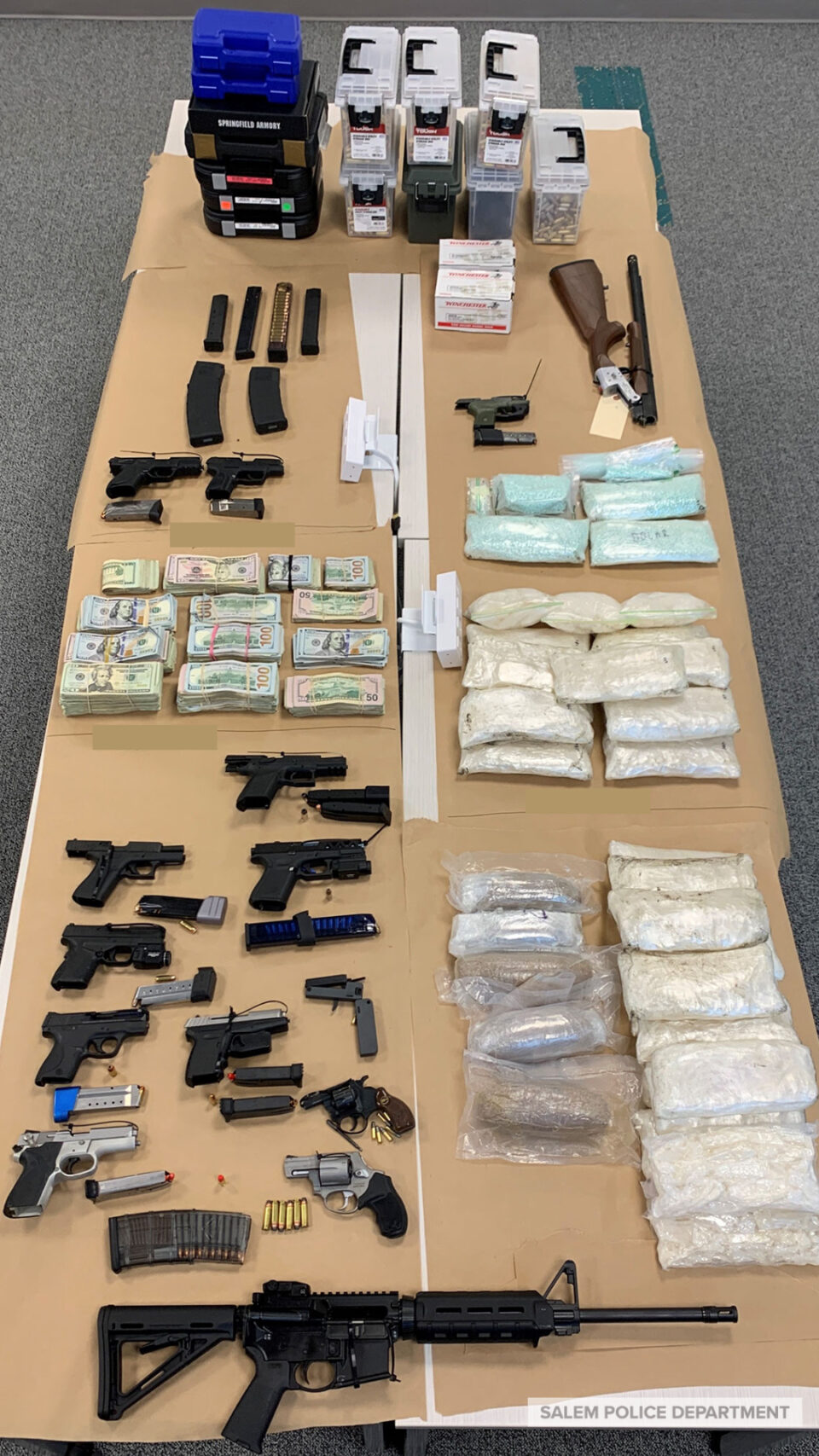 Arrested without incident was Rico Anthony Russell Rigutto, age 25, of Salem. A subsequent service of a federal search warrant at Rigutto’s residence in west Salem resulted in the cumulative seizure of the following:

The estimated street value of the heroin, methamphetamine, and pills is nearly a quarter-million dollars, according to investigators. Lieutenant Ben Bales, who supervises the special investigations team, explained the rise in fraudulent pill distribution is of particular concern locally. Said Bales, “The increased presence of these polydrug pills coincides with the cases of overdoses in our community.”

Additionally, two of the confiscated firearms were modified to be fully automatic which is illegal without a stamp from the Bureau of Alcohol, Tobacco, Firearms & Explosives (ATF).

Rigutto was arrested on a federal criminal complaint. His apprehension was part of an interagency partnership between the Salem Police Department Criminal Investigations Section, the ATF, and the Federal Bureau of Investigation (FBI) to investigate these high-level crimes in the city. As part of the partnership, an SIU detective is assigned to the FBI Task Force.

The federal charges mean the District of Oregon US Attorney’s Office (USAO) is prosecuting the case. Under presumption of innocence, Rigutto made his initial appearance in court during which the USAO succeeded in attaining his detention as a danger to the community and risk of no appearance.

Concluded Bales, “We very much appreciate the partnership we have with our federal counterparts. The collaboration helps us combat serious criminal activity that affects Salem, and really, the entire valley.”