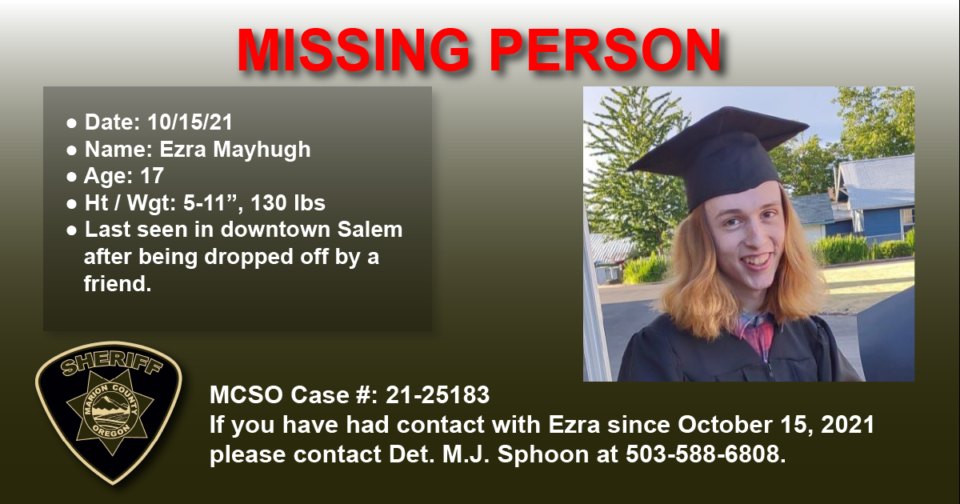 Detectives with the Marion County Sheriff’s Office are seeking community tips to help locate Ezra Mayhugh, 17-year-old male from the Salem area. Detectives learned Mayhugh may be the victim of an online catfishing scheme. Mayhugh was last seen on October 15, 2021, after being dropped off in downtown Salem by a friend. He was reported as a runaway to the Sheriff’s Office the following day after he did not return home.

Mayhugh is approximately 5’11” tall, 130lbs, and has blonde hair with brown eyes. Investigative leads suggest it is possible he may have traveled to either Washington or California. The focus of our investigation is to help safely reunite Mayhugh with his family.