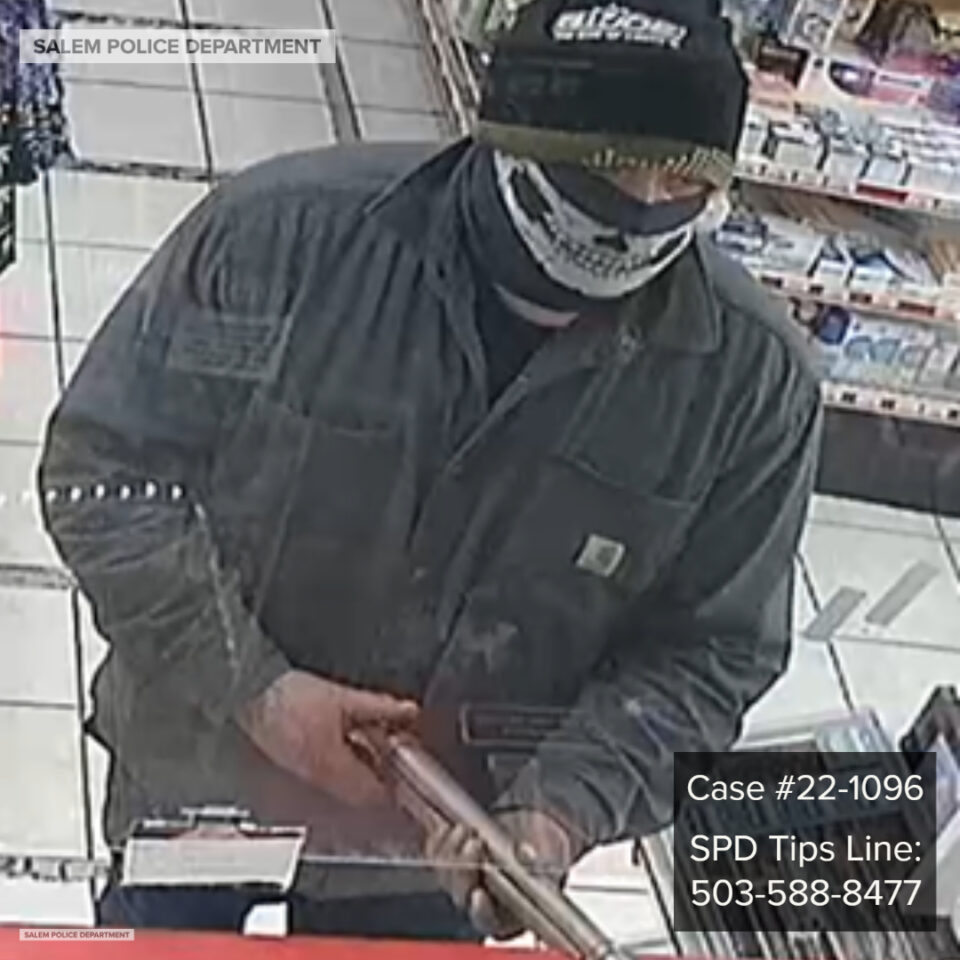 Salem, Ore. — Salem Police detectives are seeking the public’s assistance in identifying a male connected with two commercial robberies which occurred in late 2021. A photograph of surveillance footage from one of the robberies captured the image of the male suspect. 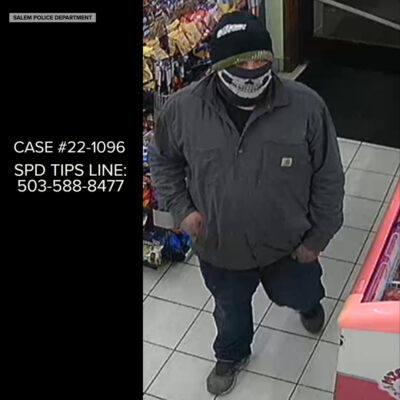 The first robbery occurred around 10:00 p.m. on November 20, 2021 at the United Market and Cigs on Silverton RD NE. The second incident took place approximately a month later on December 21, 2021 at the 76 Gas Station on Portland RD NE at approximately 4:00 a.m. No injuries were reported as a result of either robbery.

Detectives are asking anyone with information regarding the robberies or the identity of the individual in the photographs to call the Salem Police Tips Line at 503-588-8477.