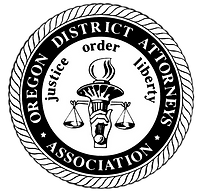 HILLSBORO, Ore.- The Oregon District Attorneys Association recently announced findings from a survey conducted by Nelson Research. The polling shows Oregonians feel less safe and have concerns over public safety. While the findings may be surprising to some, they reflect a trend this office has witnessed over the past several years.

“These poll results are consistent with what we see on a daily basis in the DA’s Office,” remarked Washington County District Attorney Kevin Barton. “People are increasingly concerned about the rise in crime, especially as it spreads into Washington County from Portland. Oregon is facing a growing public safety crisis and protecting our community and crime victims needs to be a priority.”

The research found that when it comes to public safety, 55% of those surveyed said they feel less safe than they did two years ago. Other key findings regarding public safety include:

Respondents were also asked about their support for law enforcement. 73% said they oppose defunding the police, with the majority indicating they would support hiring more officers. Other key findings include:

Oregonians contacted by Nelson Research also showed overwhelming support for the use of incarceration, with 62% saying they think jail and prison are the best ways to protect the public. The survey also found:

The full findings of the survey are attached.