Home  /  KYKN News  /  Oregon Sees Decrease in Suicide Rates in 2020, Yet Remains Above the National Average

Oregon Sees Decrease in Suicide Rates in 2020, Yet Remains Above the National Average 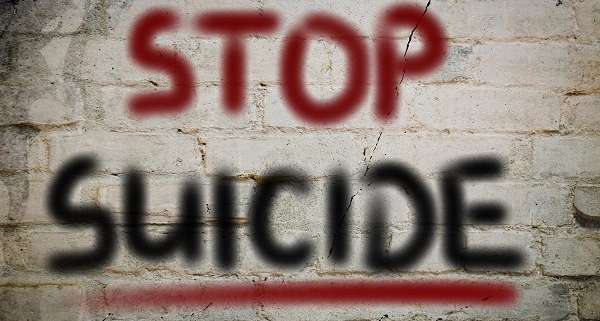 PORTLAND, Ore.—Oregon had the nation’s 13th highest suicide rate across all ages in 2020—an improvement from the year before when the state was ninth in suicide deaths, according to suicide mortality data published by the Centers for Disease Control and Prevention (CDC).

According to the recently published Youth Suicide Invention and Prevention Plan annual report, Oregon had success in reduction of suicide deaths for youth. The number and rate of suicides for youth aged 24 and younger decreased in 2020 by nearly 14%, from 118 deaths in 2019 to 102 deaths in 2020. The decrease placed Oregon 18th highest in the nation – an improvement from 2019 and 2018, when Oregon ranked 11th highest in the nation for youth suicides.

“While we are encouraged by 2020’s downward trend that shows our work with partners to address youth suicide is helping in some counties, we still have a long way to go to improve outcomes among all Oregon communities,” said Oregon Health Authority Behavioral Health Director Steve Allen. “Racial and economic inequalities impact the overall health of many of our communities and we have much work to do to alleviate this injustice. Our hearts grieve alongside the Oregon communities and families that have experienced suicide loss.”

Call volume to Lines for Life, a regional substance abuse and suicide prevention nonprofit that operates several crisis helplines, has increased annually since 2016. Of the crisis calls staff answered, roughly the same percent of callers reported thinking about suicide in 2020 as in 2019.

Preliminary 2021 data for Oregon indicate a three-year decreasing trend in youth suicide numbers for youth aged 24 and younger. While Oregon’s youth suicide deaths have decreased, it must be noted that Oregon’s youth suicide rate was much higher than the national average for the years preceding the decrease. Despite the downward trend, far too many Oregon families and communities experienced the devasting loss of a loved one to suicide in 2021, and preliminary data for all ages combined indicate an increase in the number of suicides in 2021.

Further, it is important to note that the number of youth suicide deaths in 2021 did not decrease in every county in Oregon. Last week, Lane County Public Health declared a public health emergency due to an increase in youth suicides since November 2021. In response to this increase, additional resources and supports are being made available to Lane County schools, healthcare providers, and community members.

Since March of 2020, Oregon’s suicide prevention team has met weekly to analyze data, plan prevention efforts, and bolster the state’s ability to respond to emerging needs.

OHA has invested heavily in several suicide prevention, intervention, treatment, and postvention programs, collectively referred to as Big River programming. Each of the programs is available statewide, has a coordinator to support local efforts, and has seen robust growth since they became available in 2020. More information about the programming is here.

OHA works together with other state agencies, counties, Tribal partners, communities and advocacy groups across the state to prevent suicide in Oregon.

If you or someone you know is experiencing a mental health crisis, please know that help is available: