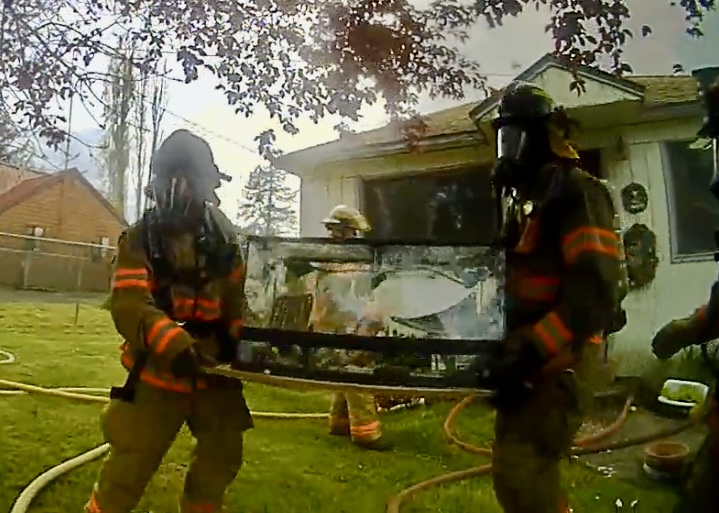 On Wednesday April 27, 2022 shortly after 4:30 pm Dallas Fire & EMS responded to a reported house fire on the 1800 block of SE Holman Ave in Dallas, Oregon. A neighbor, who was out walking her dog, called 9-1-1 after seeing smoke coming from the residence. Within minutes, firefighters were on scene and learned there were two dogs and two bearded dragons, inside of the residence. A team of two firefighters quickly began extinguishing the fire, while another team of two firefighters located the dogs and brought them out of the burning structure. Medics provided oxygen therapy to both dogs, who were then transported by a family member to a local Veterinarian, where they were treated for smoke inhalation. The two bearded dragons were also rescued by firefighters and were unharmed. All animals are safely back with their family.

Firefighters were able to contain the fire to the kitchen area, which is where the fire is suspected of originating. The residence sustained substantial smoke damage throughout the inside. No one was home at the time the fire started and the cause is under investigation.