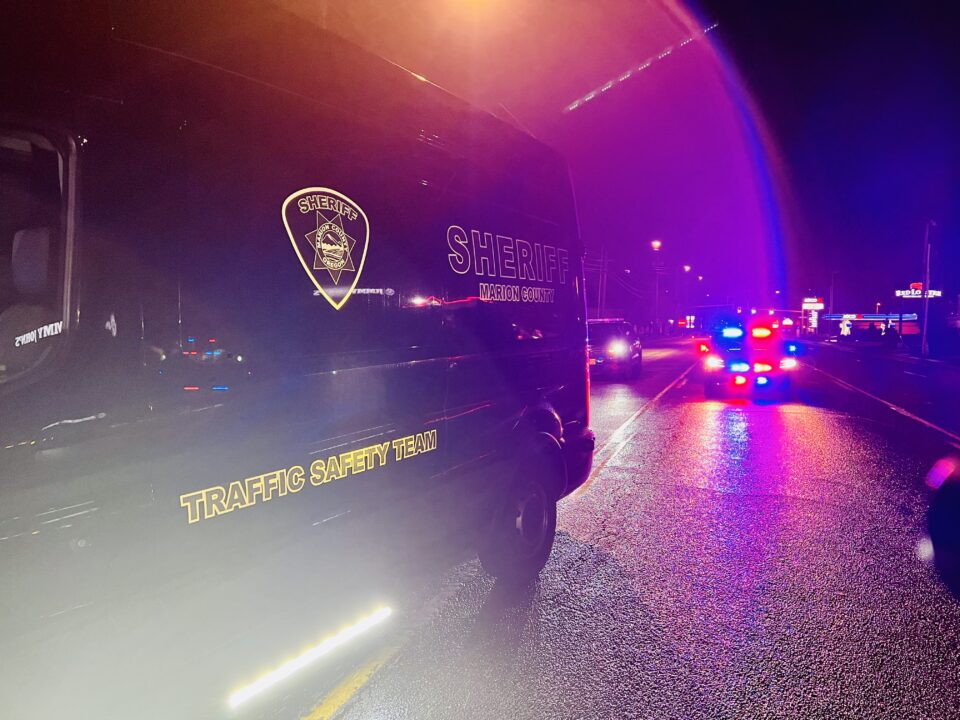 On May 6, 2022 around 10:25 PM, deputies and emergency personnel responded to a single vehicle crash involving a pedestrian in the 600 block of Lancaster Drive NE in the unincorporated area of East Salem. Arriving responders located the pedestrian who was pronounced deceased at the scene.
This area of Lancaster Drive NE was closed for about three hours while members of the Marion County Sheriff’s Office CRASH Team conducted an investigation. Investigators determined a 2012 Kia Sorento was travelling northbound when the pedestrian was struck in the roadway. Investigators do not believe speed was a contributing factor in the crash. The 50 year old male driver remained on scene and was cooperative with investigators. No citations or arrests have been made at this time.
The identity of the pedestrian, a 34 year old male, is not being released at this time pending notification of next of kin.
Investigators are asking anyone who may have information about the crash to call our non-emergency number at 503-588-5032.
The Sheriff’s Office was assisted by Keizer Police Department, Marion County District Attorney’s Office, Marion County Fire District #1, Faulk Ambulance, and Marion County Public Works.