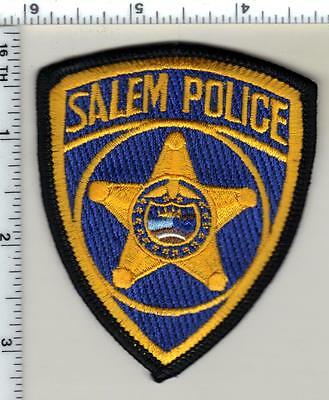 Kenneth Wayne Felton has been charged in a shooting incident in south Salem. Felton is currently in custody at the Marion County Jail and is being held without bail.

Salem Police responded to reports of gunfire on May 18, 2022 in the 5700 block of Woodside DR SE. Patrol officers found a man in a vehicle with a life-threatening gunshot wound. The victim, Kerry Lynn Johnson, age 54, was transported to Salem Health where he currently remains under care.

Felton was indicted on June 10 on several charges, including attempted murder, for his alleged involvement in the May 18 incident above. Felton was also indicted on several unrelated shootings that occurred in Salem between December 2021 and January 2022.

“The work done by the detectives of our Violent Crimes Unit is impressive. Their skills and dedication to apprehend those who threaten the safety of our community is remarkable, and it speaks to our agency’s commitment to address violent crime in our city,” said Salem Police Chief Trevor Womack of the investigations.

Violent Crimes Unit detectives developed investigative leads which pointed to Felton being the suspect in the December 27, 2021 shooting at a northeast Salem apartment complex. In that case, a man was assaulted and then shot as he attempted to flee to safety.

The investigation into a shooting on December 30, 2021 in a parking lot near the intersection of Pine and Broadway STS NE also led to Felton as the suspect. In the second incident, the victim was standing outside his vehicle when he was approached by two men who asked him for a ride. When he refused, he was shot.

The victim in each case survived their injuries.

All further inquiries on this case should be directed to the Marion County District Attorney’s Office.