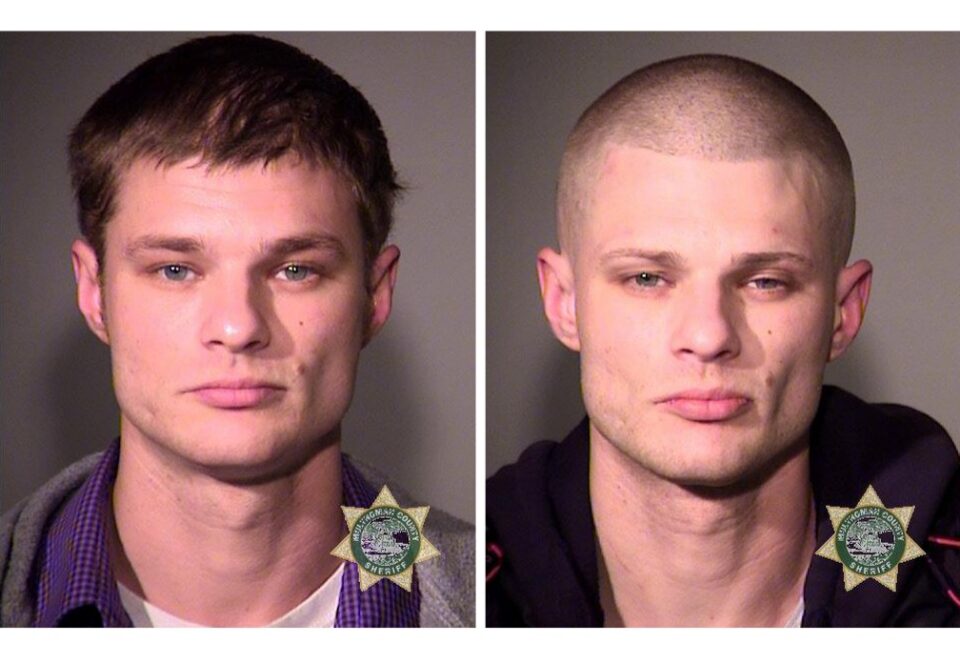 The Portland Police Bureau is asking for the public’s help in locating a dangerous suspect.

The suspect in this case is identified as 33-year-old Jacob Matthew Ray Anderson. Anderson is wanted for his dangerous actions on July 24, 2022, when he hit a Portland Police officer while fleeing in a stolen vehicle. The officer sustained serious injuries and was transported to a local hospital for surgery.

In addition to being wanted in Multnomah County, Jacob Anderson has warrants out of Benton County, Lincoln County, and Clackamas County. Anderson is the suspect in other Portland cases, and was able to be identified as the suspect in this case due to Bureau members’ interactions with him. Anderson’s most recent arrest by the Portland Police Bureau occurred on June 29, 2022. East Precinct officers were dispatched to a crash in the 2300 Block of Southeast 157th Street. Officers arrived to find Jacob Anderson inside a vehicle that crashed into another vehicle, and then a tree. Anderson was unresponsive after officers’ attempts at rousing him. Anderson regained consciousness after Portland Fire and AMR units administered aid.

Jacob Anderson is 5’9” tall and has a slim build, weighing approximately 160 lbs. He was last seen with wavy brown hair around 2”-3” long, but has been known to change his appearance by shaving his head. Anderson has a mole on his left cheek. Two pictures of Anderson are included to help with identification.

Anyone who sees Jacob Anderson is asked to immediately call 911. If you have information you believe might be useful in locating Anderson, please email crimetips@portlandoregon.gov .

On July 24, 2022, at 8:39 a.m., a Public Safety Support Specialist (PS3) responded to a stolen vehicle call in the 15300 block of Southeast Powell Boulevard. When the PS3 arrived at the location he saw subjects around the vehicle, a blue pickup truck. As the vehicle was now a possibly occupied stolen vehicle, the PS3 requested an officer respond to the location. An officer from the East Precinct responded to assist and investigate. Sometime during the investigation, a suspect got into the vehicle and attempted to flee, striking the officer with the stolen car. The suspect then hit another vehicle, which was occupied by two people. The officer was transported to an area hospital with serious, non-life-threatening injuries. An elderly female passenger from the other vehicle was transported to an area hospital with unknown injuries.

Additional officers responded to the area and quickly located the stolen vehicle but the suspect had fled on foot. Officers established a perimeter and are searching the area from Southeast 148th Avenue to Southeast 152nd Avenue, from Southeast Division Street to Southeast Stark Street.
The Portland Police Bureau Major Crash Team (MCT) has responded to investigate the hit and run to the officer and community member. K9 officers, the Air Support Unit, and officers from Gresham have responded to assist the East Precinct in efforts to locate the suspect.

“I was upset to hear about the injury to our officer and am thankful he is alive. I am also thankful to the officers who are working diligently to attempt to locate and arrest this suspect. This is another example of how dangerous our work is and highlights the commitment these officers have to serving the community,” said Chief Lovell.

During the investigation, Southeast Powell Boulevard will be closed from Southeast 152nd Avenue to Southeast 156th Avenue. Anyone with information about this incident is asked to contact crimetips@portlandoregon.gov and reference case number 22-198085.