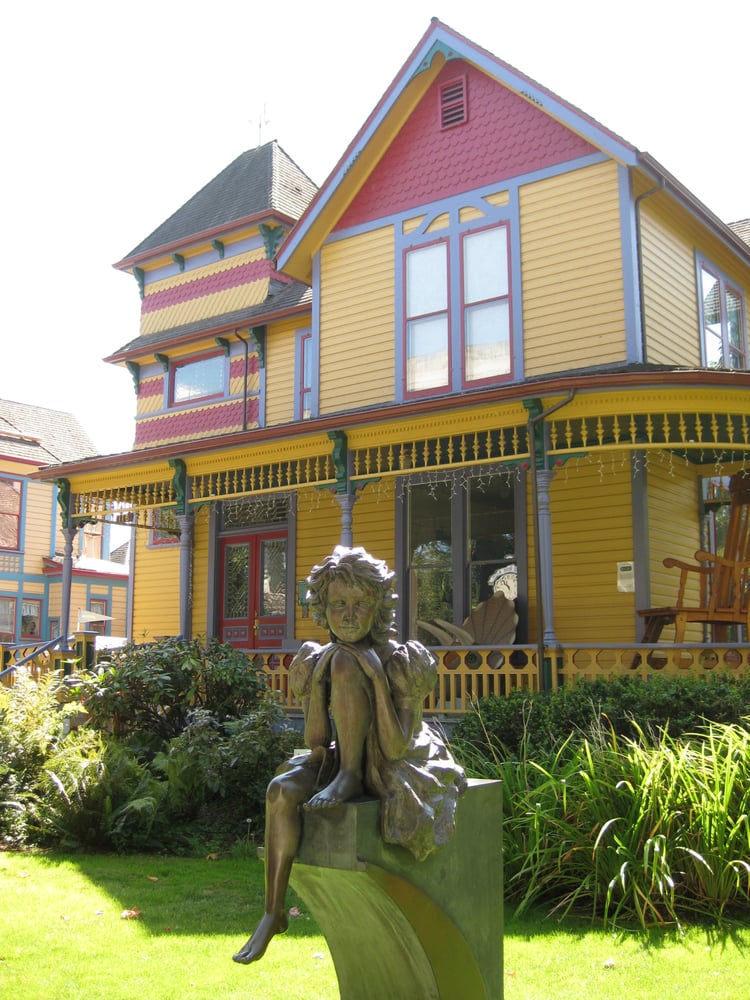 In the mid-willamette valley the organizations receiving awards include:

1930s era, steam-powered Miller Sawmill. The project will bring the boiler back up to code for

the working sawmill, which provides lumber for 14 partner heritage museums. Funding also will

support public education; the operation of the sawmill is a demonstration event at the Great

filmmakers’ voices from around the world to the rural community of Yamhill County. The goal is

into all facets of the organization. Funding will be used for DEIA facilitation; training and tools;

DEIA strategic planning and goal setting activities; and the creation of outreach strategies to

To support access for all children and their families, including those with mobility challenges, to

“room.” The overall site improvements project will complete the design as intended by Frank

Lloyd Wright, increasing the capacity of the Gordon House Conservancy to fulfill its mission of

To support the presentation of The Legacy of Matthew Shepard, a month-long collaborative arts

project that includes the presentation of The Laramie Project, the Oregon premiere of

Shepard to highlight and discuss the experiences of LGBTQIA+ youth in rural Oregon.

youth so they can accomplish a cultural arts restoration project. A group of Native American

their tribal community. Staff will learn to mentor gifted young people in filmmaking and train

them to learn traditional tribal stories, songs and other oral traditions.

Cultural Development Program awards fund nonprofit projects that increase access to culture, invest in organizational capacity, support community creativity and provide historic preservation. Applications were reviewed and scored by peer review panels; final award amounts were determined and approved by the Cultural Trust Board of Directors at its July 28 meeting. More than 60 percent of Cultural Trust funding (including awards to County and Tribal Coalitions) is awarded outside of the Portland Metro area.

See a list of the 88 Cultural Development recipients, alphabetical by region.

Created in 2001 by the Oregon Legislature, the Oregon Cultural Trust was established as an ongoing funding engine for arts, heritage and humanities across the state. Funding comes through the Cultural Tax Credit, which empowers Oregonians to direct more of the taxes they pay to supporting cultural opportunities for all. Oregon is the only state in the country that gives its citizens this choice. Sixty percent of the money goes directly to cultural organizations and agencies in the form of grants. The remaining 40 percent helps grow a permanent fund for culture. It’s described by the Oregonian as “A way to make paying state taxes satisfying.” Oregonians directed a record $5.7M of their state taxes to fund arts, heritage and humanities in fiscal year 2022. The Trust’s three grant programs fund five Statewide Partners, 45 County and Tribal Coalitions and qualified cultural nonprofits through competitive Cultural Development grants. Learn more at CulturalTrust.org.