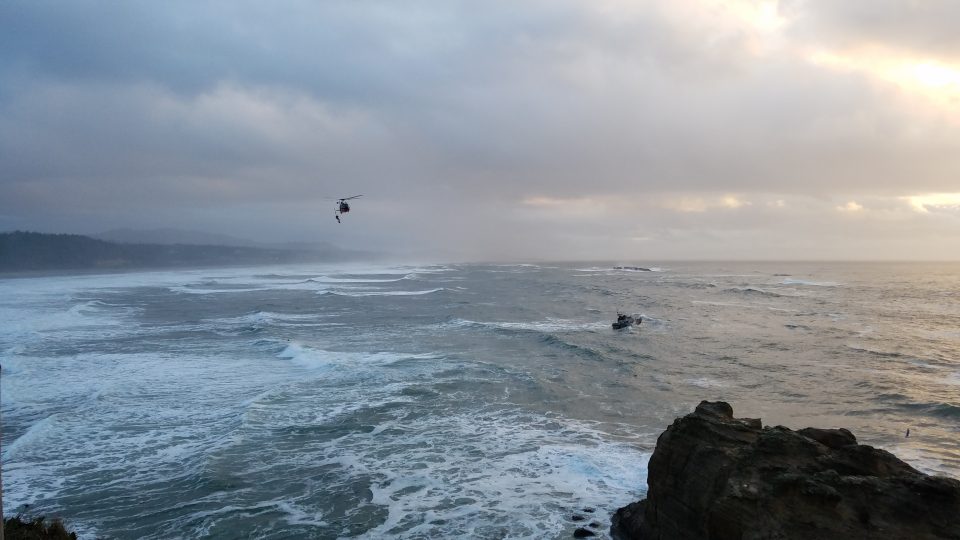 On Saturday, December 1, 2018, at approximately 3:30 PM Oregon State Police and local first responders received a 911 call reporting a surfer in distress near Otter Rock State Park north of Newport. The surfer, later identified as Toren Stearns ,age 30 from Corvallis, was pronounced deceased at Samaritan Pacific Communities hospital.
The investigation revealed the US Coast Guard dispatched a cutter boat and rescue helicopter to assist in the rescue. A local surfer went into the water to help with the water rescue. Once the helicopter arrived on scene, a rescue swimmer was sent into the water where Stearns was recovered and brought onto the beach.
Stearns was transported ,via helicopter, to Samaritan Pacific Communities Hospital at 4:49 PM where he was pronounced deceased. Stearns had left his dog on the beach, while he was surfing, and the animal was cared for by the Lincoln County Animal Shelter while notification to his family was made.
The Oregon State Police was assisted by Depoe Bay Fire and Rescue, US Coast Guard, Lincoln County Sheriff’s Office, and Lincoln County Animal Shelter.