Man in Custody After Early Morning Distrubance in Salem 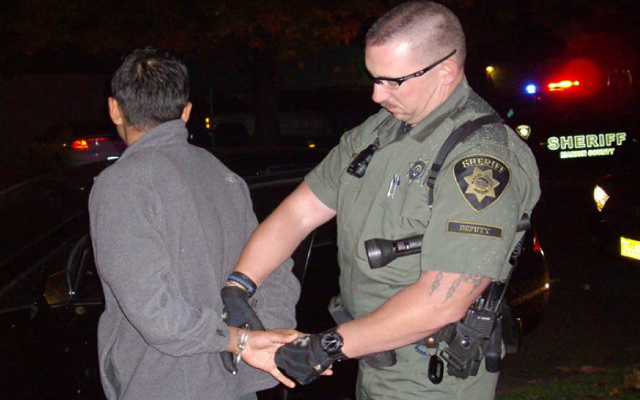 On 12/03/2018 at approximately 7:30 a.m., deputies with the Marion County Sheriff’s Office were dispatched to a domestic disturbance in the 4700 block of Portland Road NE near Salem. When deputies arrived they developed probable to arrest Richard Allen Lipps, age 50, of Salem.

Deputies believe that Mr. Lipps assaulted his girlfriend and killed her dog by choking it to death after an early morning argument. When deputies arrested Mr. Lipps he attempted to bite and later spit at deputies in an attempt to escape their custody.