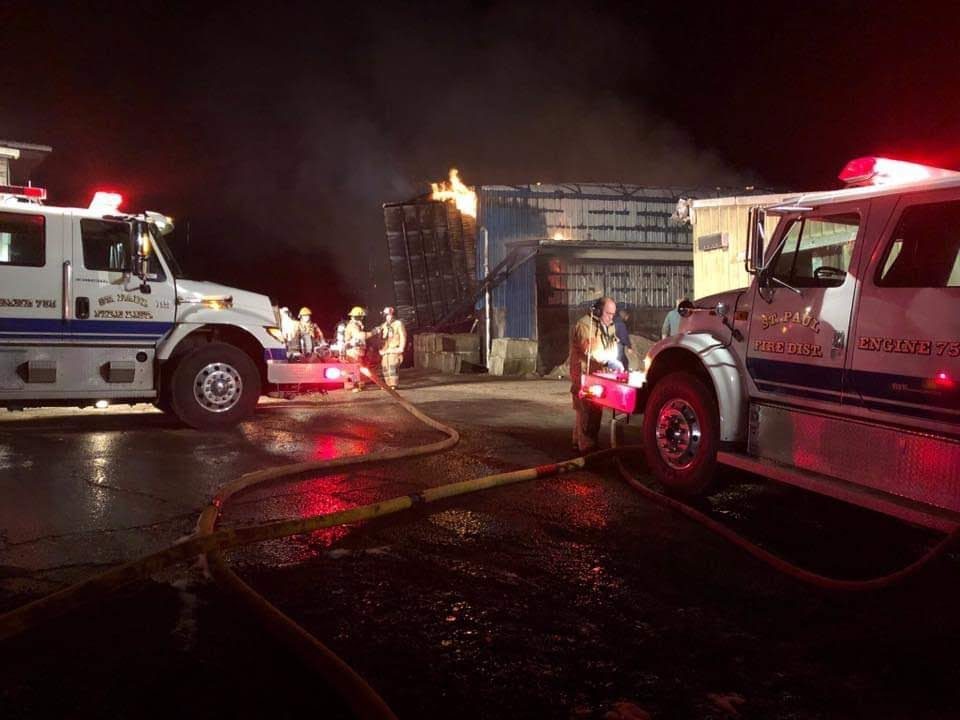 The fire burned very hot and the roof collapsed within minutes of the first engine arriving. The barn, constructed of wood and metal could not withstand the intensity of the fire. The fire was fueled by stockpiles of Canola and Straw, which the dairy uses in it’s farming operation. The barn is a total loss. It is estimated that more than $150,000.00 worth of farm materials (Canola and Straw) was destroyed due to the fire. The cause of the fire is unknown.

Crews battled this fire for more than 4 hours. There was a total of at least 45 Firefighters on scene, no one was injured. In all 9 tenders supplied water for the suppression efforts and it is estimated at least 88,000 gallons of water was used to extinguish the flames. 18 pieces of fire apparatus were used for the Firefighting efforts including 4 engines, 1 rescue, 1 medic, 1 air unit, and 2 command vehicles.