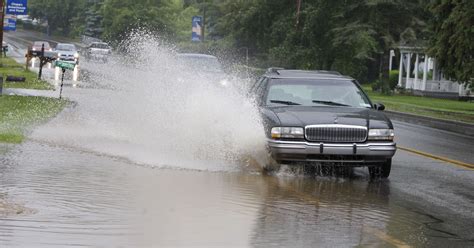 The Flood Watch will continue through tomorrow afternoon.
A long period of moderate rain with embedded periods of heavy rain that started Monday afternoon and lasting through this morning will result in sharp rises on many rivers and creeks across Northwest Oregon and Southwest Washington. Minor flooding is possible.

In addition to river and creek flooding, widespread urban flooding is possible in the Northern Willamette Valley and Portland Metro Area. In these areas, there may be water entering underground portions of buildings and parking garages as well as multiple feet of water in flood-prone paved areas such as low or dipping freeway ramps.

Rainfall totals of 2.5 to 5 inches are expected for the coast,with 3 to 8 inches in the Willapa Hills, Coast Range, Cascades,and Cascade foothills. Meanwhile, 1.5 to 3 inches of rain are expected across the inland valleys.