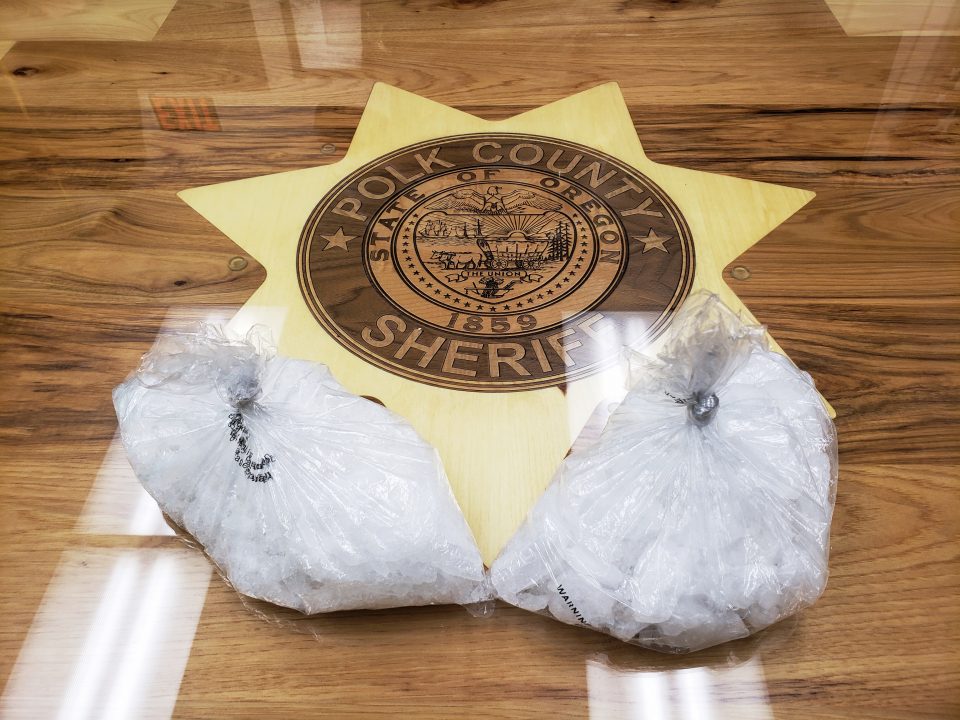 On December 17, 2018 members of the Polk Interagency Narcotics Team (POINT) conducted an operation involving the wholesale distribution of methamphetamine in Polk County, Oregon. The investigation concluded in the parking lot of the Chevron gas station located at 5322 Salem-Dallas Highway. The operation resulted in the arrest of Carlos Delfin (DOB/ 2-16-1998) from Salem. Delfin was charged with Unlawful Possession and Delivery of a substantial quantity of methamphetamine as a result of the operation. Delfin was found to be in possession of 953.3 grams (2.1 pounds) of methamphetamine.