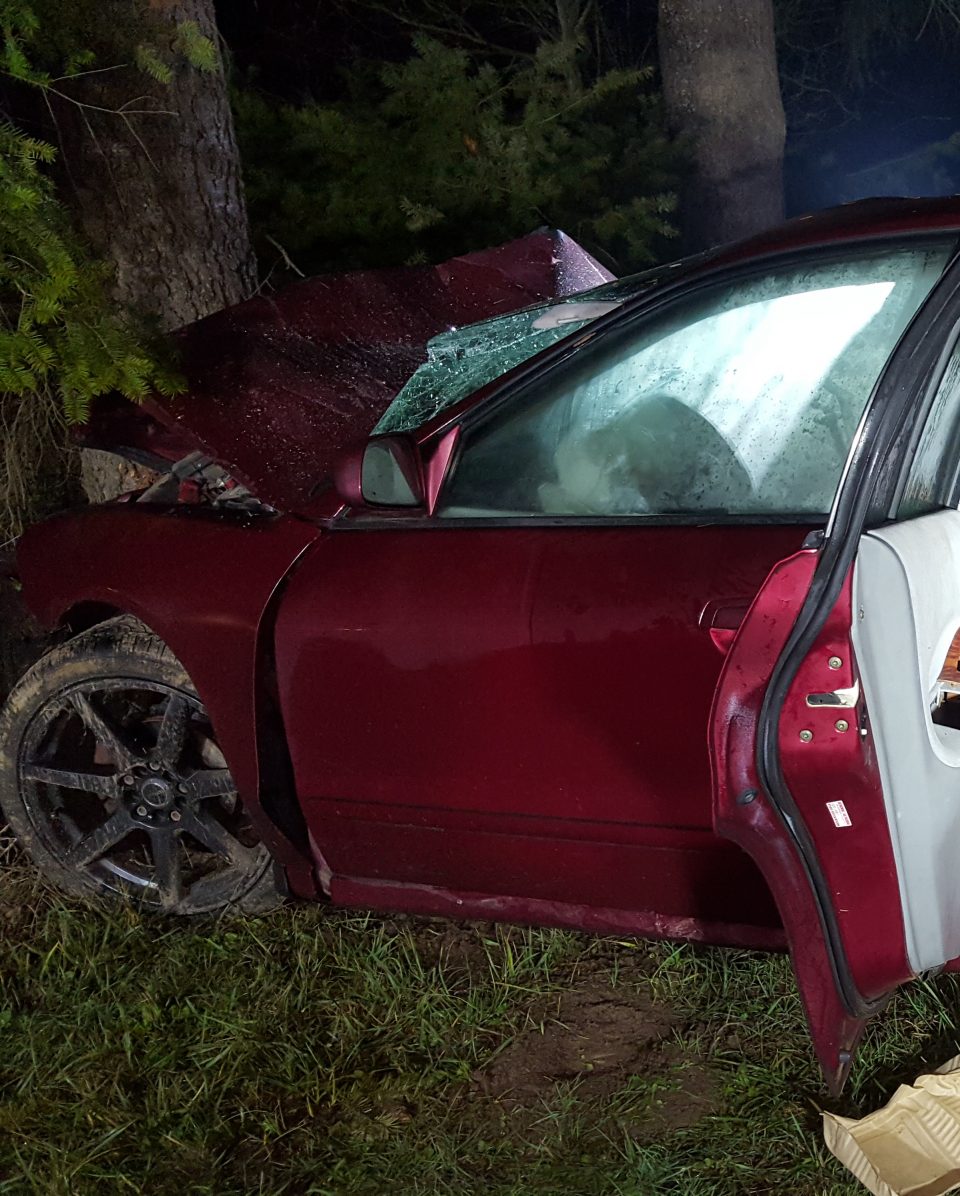 On Friday, December 21, 2018 at approximately 1:20 AM. Oregon State Police and emergency personnel responded to a single vehicle crash on Hwy 211 near S. Palmer Rd. in Clackamas County.

Investigation revealed that a 2001 Mitsubishi Galant, operated by Alejandro Bartolo (23) of Woodburn, was southbound on Hwy 211 when it traveled off the road for unknown reasons and struck a tree.

Bartolo was transported by ambulance to OHSU for injuries.

There were three passengers in the vehicle;

Alcohol and speed are being investigated as possible reasons for the crash.