Herbert to Return for Senior Season 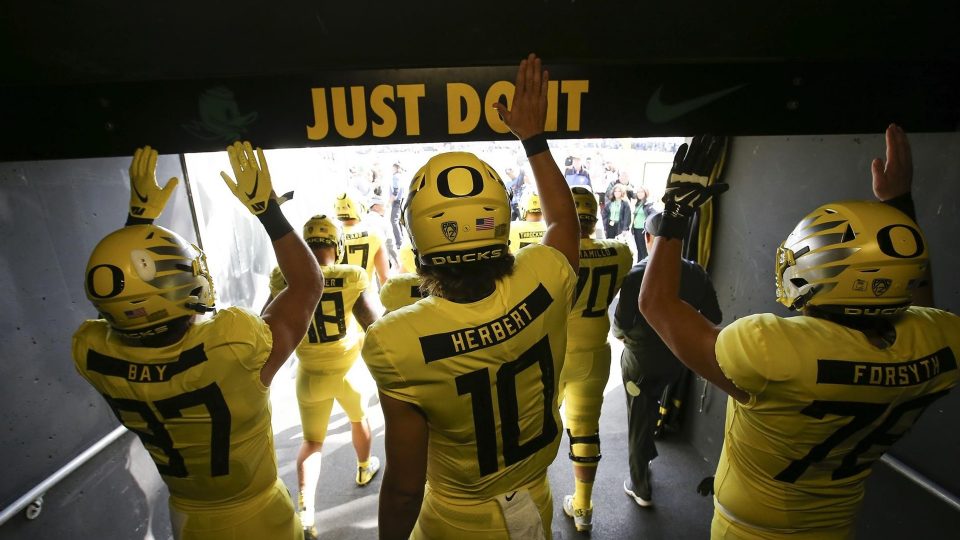 EUGENE, Ore. – Shortly before leaving for Santa Clara, Calif. to begin preparation for the Redbox Bowl, Oregon quarterback Justin Herbert announced Wednesday that he is returning for his senior season in 2019.

“The University of Oregon has been a special place to me for as long as I can remember. Words will never be able to express my feelings of gratitude toward the people that have built and maintain our program,” Herbert said. “What I have come to realize, though, is that nothing could pull me away from the opportunities that we have in front of us. As we prepare for our bowl game, I would like to ensure that there are no distractions outside of this game. My commitment to my teammates, our coaches, Duck fans, and the University of Oregon has never been stronger. I’ll be returning to the University of Oregon for my senior year. Go Ducks!”

Herbert enters Oregon’s Redbox Bowl appearance with a touchdown pass in 27 consecutive games, good for the longest current streak in the nation. Recently named the Google Cloud Academic All-America® Team Member of the Year, Herbert has thrown for 2,985 yards this season and is tied for 10th nationally with 28 passing TDs.

“We couldn’t be more excited for Justin to return for his senior season. He is a special talent on the field, but, more importantly, a special person and leader off the field,” Oregon head coach Mario Cristobal said. “Being a native of Oregon, Justin wanted to make sure the announcement was made here in Eugene before we left for the bowl game. As a two-time Academic All-American, he embodies what we want our culture to be and is a great representative of our University and community. We are fortunate to have him in our program.”