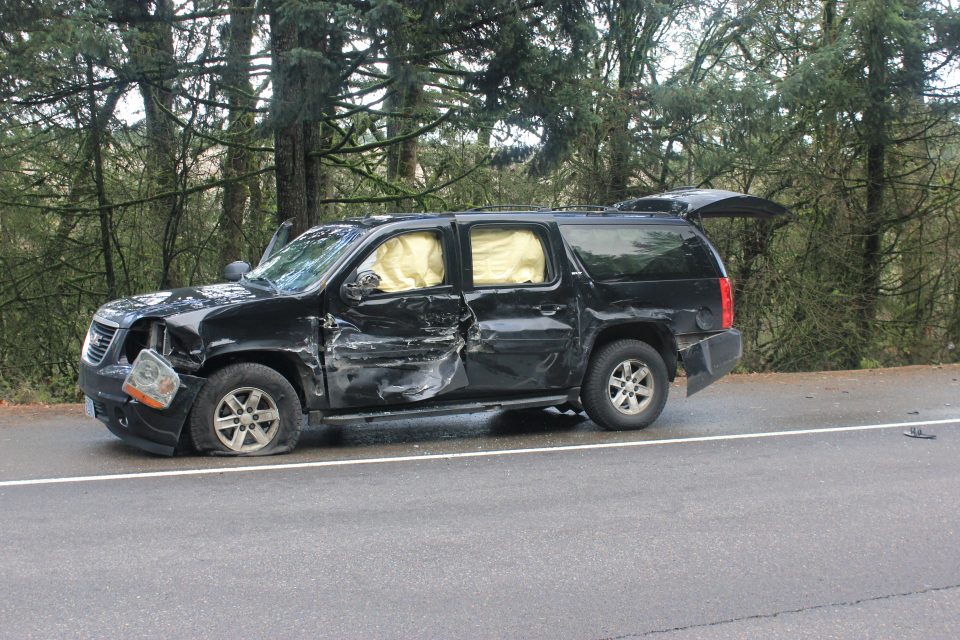 On Thursday, December 27, 2018 at approximately 12:58 pm, Oregon State Police Troopers and emergency personnel responded to the report of a motor vehicle crash on Hwy 22W near milepost 8.

Preliminary investigation revealed that a motorcycle, with attached side car, was traveling eastbound on Hwy 22W when it swerved into the westbound lane of travel to avoid hitting a deer. The motorcycle collided with a westbound Chevrolet Yukon.

The occupants of the Yukon sustained minor injuries.

Hwy 22W was closed for approximately 2.5 hours following the crash before the eastbound lane was opened.

This in an ongoing investigation and more information will be released when available.