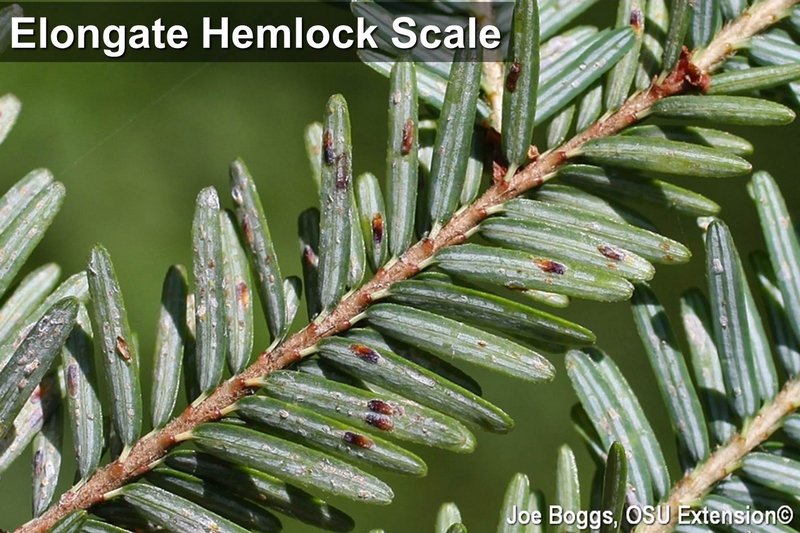 SALEM, Ore. – How you dispose of your old Christmas tree this year could make a difference in whether a newly arrived tree-killing insect pest is able to spread into Oregon forests.

According to Invasive Species Specialist William Wyatt at the Oregon Department of Forestry, throwing your old Christmas tree into the woods or leaving it in your yard may spread the elongate hemlock scale (Fiorinia externa). Williams said this insect arrived in Oregon this fall on Christmas trees brought in from North Carolina. The #OregonDepartmentofAgriculture found the pest and ordered the infested trees destroyed, but not before some had been shipped to big box stores all along the West Coast. The fear is that when Christmas trees are left for weeks or months in a yard or dumped in a park or the woods, eggs laid on them will hatch and the pest may escape into nearby trees.

If the elongate hemlock scale does get established here, it could be bad news for the state’s timber economy. The pest attacks not only hemlocks but several conifer species native to Oregon, such as true firs (Abies spp.), spruce (Picea spp.) and Douglas-fir (Pseudotsuga menziesii). The scale feeds on the underside of the needles, creating a yellowish-brown waxy layer that is present year-round.

Williams advised that people inspect trees obtained at big box stores before disposing of them. Email the Oregon Department of Forestry’s Forest Health Unit at wyatt.williams@oregon.gov if you suspect you have found the elongate hemlock scale. It may be safest to cut up such trees and place them in garbage bags for disposal in a closed container.

Next year, consider buying a tree grown in your local area. That reduces the risk it will harbor a pest introduced from another part of the country.

Read more about this pest here.