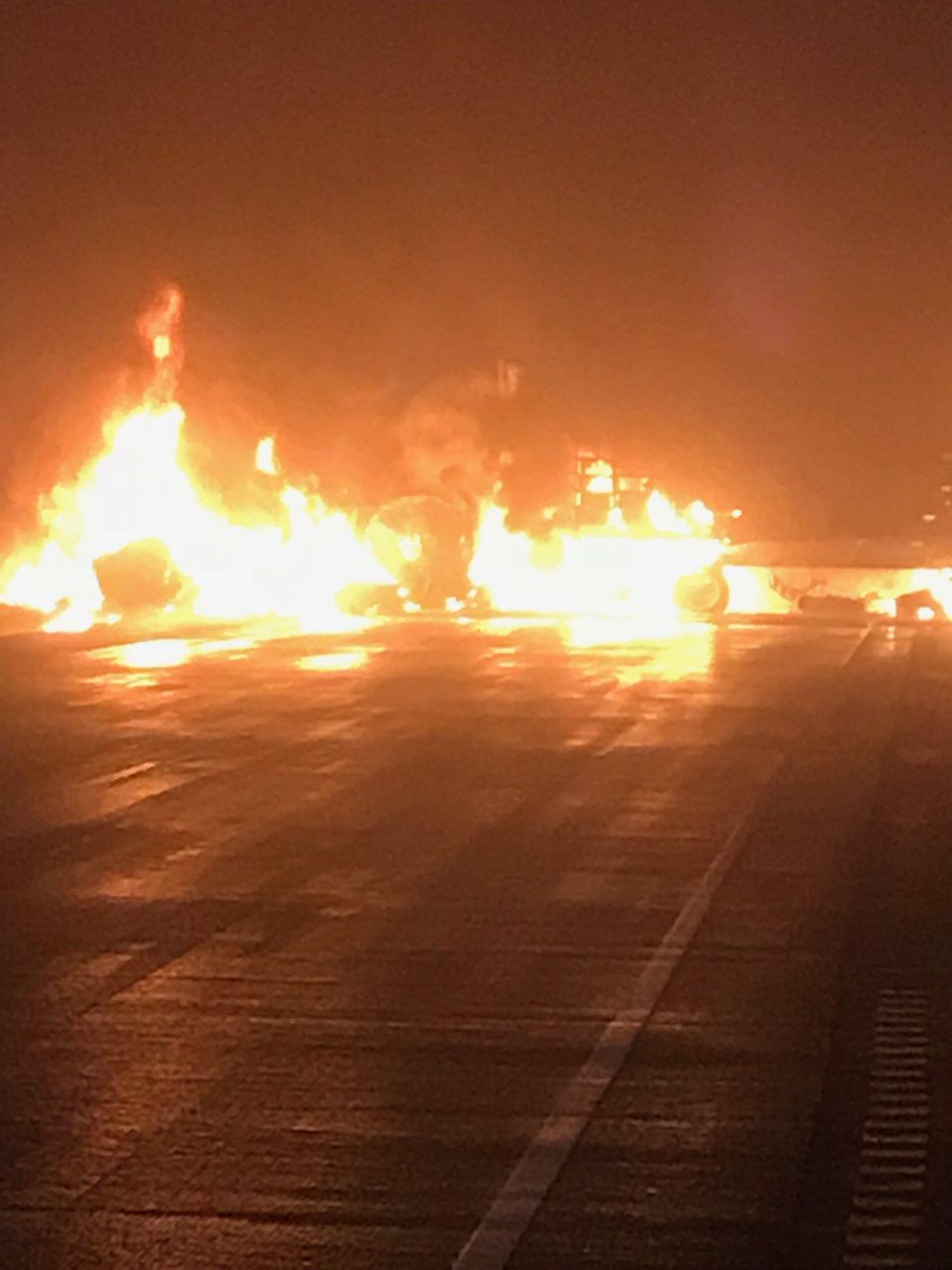 Two commercial truck drivers perished yesterday when they collided on highway 18 near milepost 57.

Investigation shows that a 2006 Freightliner pulling two empty tanker trailers, operated by 52-year old Andres Resendez of Sheridan, was eastbound on the Newberg/Dundee bypass and a 2012 Freightliner pulling two trailers loaded with empty poultry cages operated by 45-year-old Daniel Green of Winlock, WA. was westbound when due to icy conditions these two vehicles collided. A fire broke out as a result of the collision.

Resendez and Green sustained fatal injuries and were pronounced deceased at the scene.