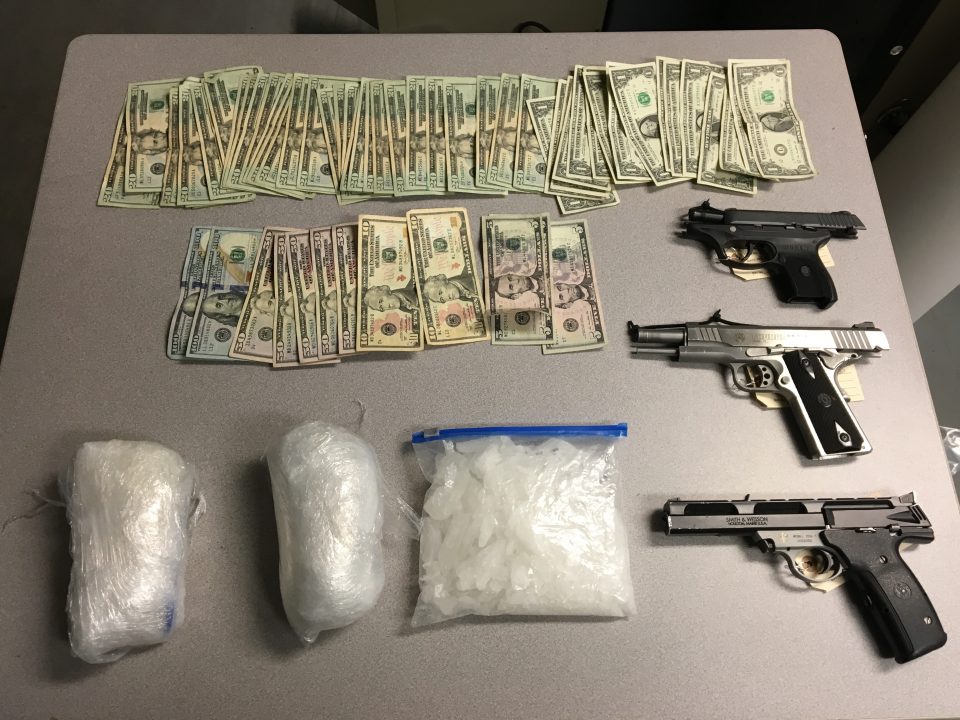 On Monday January 7th, 2019 at approximately 11:59 a.m., Deputies responded to a report of people trespassing at a vacant home in the 7000 Block of Albus Road SE.

Deputies arrived on scene and saw a male standing in the driveway near a vehicle. While speaking with the male, he reached towards his waistband and was quickly detained. During a pat down of the subject deputies found two loaded firearms and ammunition.

Deputies searched the vehicle and discovered three pounds of methamphetamine and another firearm. The male was identified as 35-year-old Gerardo Figueroa. Figueroa told deputies that more people were still in the house with drugs and guns. He was arrested and booked into the Marion County Jail on charges of Delivery of Methamphetamine, Trespass II, and Unlawful Possession of a Firearm.

Deputies obtained a search warrant for the home and took the following individuals into custody without incident: