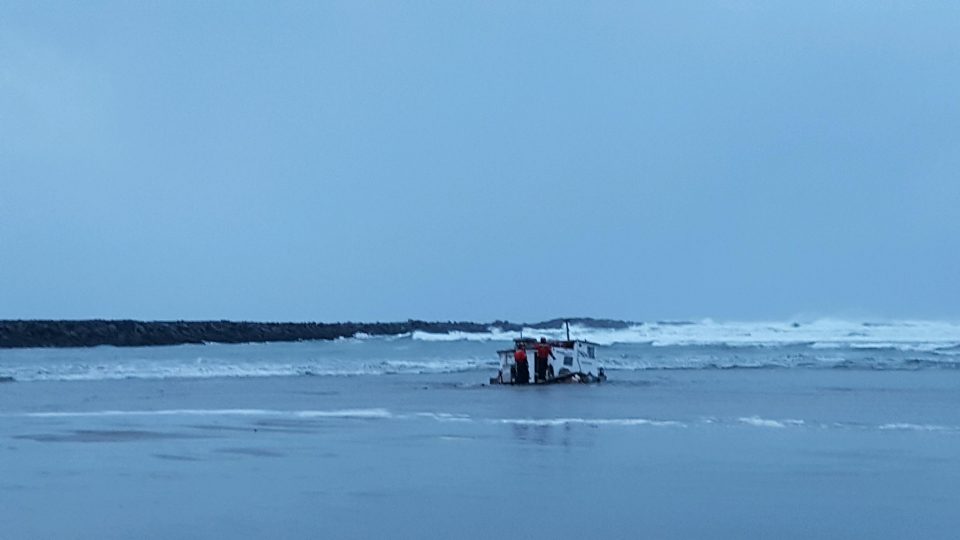 On January 8, 2018 a little before 10:00 PM, the US Coast Guard was notified of a boat needing assistance crossing the Yaquina Bay bar due to high seas. US Coast Guard left the Yaquina Bay station and at 10:13 PM Oregon State Police was advised the Fishing Vessel Mary B II had capsized with three people on board.

The search immediately began and the US Coast Guard, with their helicopter, found James Lacey (age 48 from South Toms River, NJ) in the Pacific Ocean and transported him to Pacific Communities Hospital, in Newport, where he was pronounced deceased. At 12:28 AM, Newport Fire Department found Joshua Porter (age 50 from Toledo, Oregon) on the beach, near Nye Beach, where he was pronounced deceased. The Mary B II ultimately ran aground, on the beach, near the north side of the Yaquina Bay North Jetty. The boat Skipper, Stephen Biernacki (age 50 from Barnegat Township, NJ) was found with the boat and pronounced deceased at the scene.