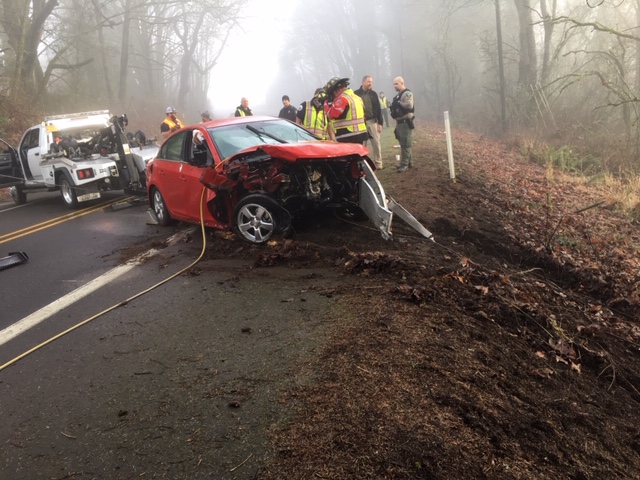 Deputies from the Benton County Sheriff’s Office responded to a single vehicle crash into the Willamette River on Highway 20, mile marker 2, just east of Corvallis at 7:30 am today, January 21, 2019

The location was approximately a half mile east of the location where a car had driven off Highway 20 on January 7, 2019.

A witness to the crash immediately called 911.

Multiple public safety agencies rushed to the scene in an attempt to locate survivors, including Benton County Marine Patrol, Linn County Sheriff’s Office, Corvallis Fire, Albany Fire, Corvallis Police and Oregon Department of Transportation. Highway 20 was closed for over 3 hours while the crash was investigated.

The vehicle was fully submerged but visible in the river.

Divers with the Linn County Sheriff’s Office were able to connect a tow cable and the car was pulled from the river.

The driver of the vehicle was the only occupant of the car and he was deceased.

The driver of the car, 77 year old Kenneth T. Leys of Albany, may have had a medical event as he traveled west on Highway 20 towards Corvallis.

Mr. Lays was driving a 2012 Red Chevy Cruze when it left Highway 20 at a high rate of speed, hitting a tree and then going into the Willamette River.

There is no indication of alcohol or drugs as being a factor in the crash.