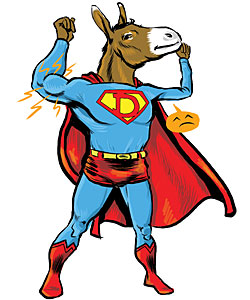 Republicans are looking at a Democratic supermajority in both chambers as the as the legislative session began a few days ago.

An article in the Statesman Journal points out that Republican lawmakers have few tools to stop Democratic bills. Republicans maybe looking to moderate Democrats as their best avenue for success.

The paper said Senate President Peter Courtney has shown a longstanding unwillingness to bring bills to the floor of his chamber without at least one Republican vote in support. While not inflexible, it’s a stance that has frustrated some in his own party.