Salem Man Pretending To Be Disabled Gets Prison Time 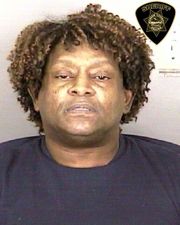 Eddie Wagner was sentenced to 15 months in prison Monday after pleading guilty to his role in scamming more than $175,000 from the Oregon Department of Human Services by pretending to be disabled. Wagner also admitted to working with Dustin Hensley on a scheme to defraud the Medicaid program.

According to the Statesman Journal, the pair scammed the agency over the course of 3 years based on a handshake and an understanding that the two would split the ill-gotten gains.

Court records stated that Wagner pretended to be a severely disabled individual and claimed to DHS that he needed round-the-clock care paid for by Medicaid.

Hensley claimed to provide that care, which was neither provided nor needed.

Following an investigation by the Oregon Department of Justice’s Medicaid Fraud Unit, Wagner and Hensley were arrested in December 2017 on a total of 40 combined charges, including aggravated theft and making a false claim for health care payment.

Hensley pleaded guilty to three counts of making a false claim and three counts of first-degree aggravated theft in October and was sentenced to one year and one day in prison.

Wagner was previously arrested for dealing methamphetamine near a Salem school in 2013 and pleaded guilty to meth possession, three counts of making a false claim and three counts of first-degree aggravated theft in November.

Both will be required to jointly pay $175,289 in restitution to DHS and serve three years probation. During that time, they are forbidden from providing health care, any in-home services or acting with a person’s power of attorney.

Aggravated theft carries a maximum sentence of 10 years in prison. Making a false claim for health care payment has a maximum prison sentence of five years.

The remaining counts against Wagner and Hensley were dismissed as part of their plea agreements.