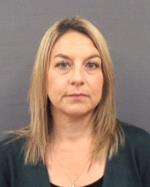 Today, the Honorable Cynthia L. Easterday, Yamhill County Circuit Judge, sentenced Jennifer C. Weathers on one count of Driving Under the Influence of Intoxicants (DUII), arising from an August 18, 2018, incident.

Ms. Weathers was the driver of a vehicle which left a wedding in the Grand Island area of Yamhill County. When she left the wedding, she had her 28-year-old daughter Meigan Cordie, and her granddaughter in the vehicle. During the drive, she argued with Meigan, who ultimately fell or jumped from the vehicle, and was killed. Although this charge stemmed from her actions that night, there were no applicable Oregon criminal statutes to the death itself. The Oregon State Medical Examiner’s Office ruled her death as “accidental.” Attached is a copy of the original memorandum from the Yamhill County District Attorney related to Meigan’s death.

Evidence gathered during the investigation into the death identified witnesses who also attended the wedding reception. Although some witnesses did not notice signs or symptoms of intoxication in seeing or dealing with Ms. Weathers, others did and expressed the opinion that she should not have been driving. Detectives from the Yamhill County Sheriff’s Office, after an exhaustive investigation, ultimately identified enough witnesses to her intoxicated condition to be able to bring the DUII charge against her.

Although this case had the tragic results of a death related to it, ultimately Weathers was being sentenced as a first-time offender on the charge of DUII. In reaching the end result and recommended sentence to the court, the Yamhill County District Attorney’s Office Victims’ Services Division, engaged frequently with Meigan’s family, who concurred with this final result.

Members of her family were present at the proceedings today.

Ms. Weathers was sentenced to 36 months of probation, alcohol treatment as a condition of probation, attend a Victim Impact Panel, $1,000 fine, complete a High Risk Driving course, 1 year driver’s license suspension, no contact with G.C., and ordered to serve 5 days jail. She was taken into custody at the conclusion of the hearing.