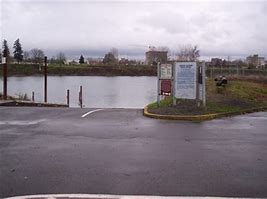 On Thursday, February 07, 2019, at approximately 3:10 PM Salem Police officers responded to the north end of Wallace Marine Park on the report of a drowning. When officers arrived they located an unresponsive adult man in the pond north of the softball complex. The Medical Examiner’s Office and Polk County District Attorney’s Office was contacted to assist in the investigation.

Based on the initial investigation the drowning appears to be accidental. The man has not been identified and his identity will not be released until next of kin has been notified.