Fatal Crash on Hwy 99 Near McMinnville 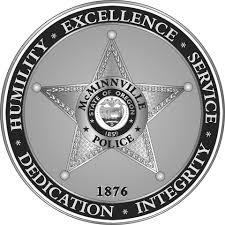 On 2/11/2019 at about 7:00 a.m. McMinnville Police responded to an auto versus pedestrian crash near 3170 N Hwy 99W, McMinnville Oregon. When officers arrived citizens were trying to revive a 47 year old man from the McMinnville area. Medics arrived two minutes later but were unable to revive the man, who was pronounced deceased at the scene.

The driver of the other vehicle, a black Chevy Silverado, stayed on the scene and is cooperating fully with police regarding the crash. Neither the victims nor the driver’s name is being released at this time. Anyone with information about this crash, or who may have witnessed the crash, is asked to contact Officer Dean at 503-434-7307