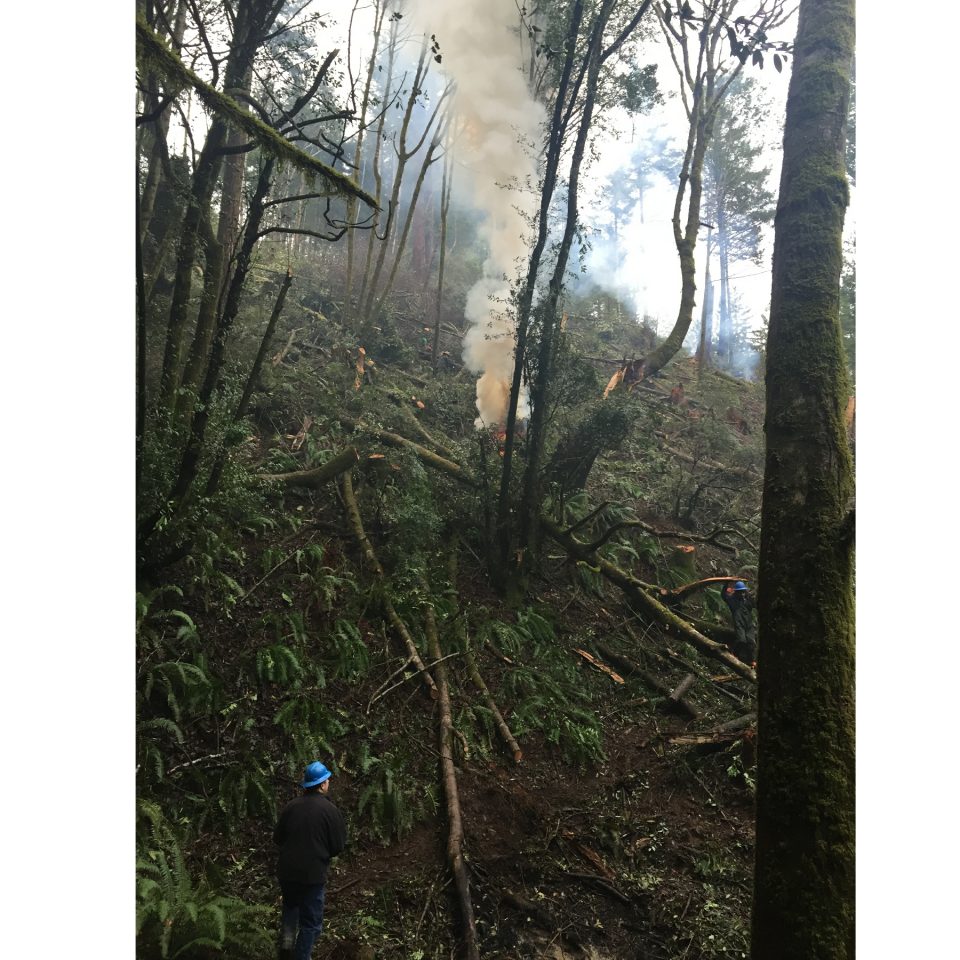 SALEM, Ore. – Funding $30 million in treatments to slow the spread of sudden oak death over the next 20 years could offset the loss of 1,200 jobs by 2028 and $580 million in wages from 2028 to 2038. That’s the conclusion of an economic impact assessment commissioned by the Oregon Department of Forestry. The assessment was released today to the state’s Sudden Oak Death Task Force ahead of its March 8 meeting in Salem. Portland-based Highland Economics | Mason, Bruce and Girard, Inc. prepared the assessment. Find the full report at https://www.oregon.gov/ODF/ForestBenefits/Pages/ForestHealth.aspx

ODF Forest Pathologist Sarah Navarro said, “Sudden oak death is caused by the invasive pathogen Phytophthora ramorum. Since it was first detected in Oregon’s forests around 2001 in Curry County, ODF and our federal partners have been treating for sudden oak death. It spreads by spores and can infect a wide range of plants. It is especially damaging to tanoak trees (Notholithocarpus densiflorus), which are native only in Southwest Oregon and Northern California.”

Navarro said a new strain of the disease – EU1 – was found in Oregon in 2015 near the Pistol River in Curry County. Despite intensive treatment the new strain is persisting in the area. “This strain is of concern because of its ability to produce many more spores than the common NA1 strain.”

Up until now the disease has not had a significant impact on the economy of Curry County, according to the assessment. However, the assessment warns that more widespread economic impacts are likely once the disease reaches timberlands in neighboring counties.

The assessment says current efforts are keeping the infestation’s spread on average to between 0.5 and 4.5 miles a year. With continued treatment, SOD’s spread north of the Rogue River could be delayed until about 2028, according to the assessment. Without any treatment, the disease would most likely arrive north of the Rogue just four years from now and enter Coos County by 2028. Other impacts from discontinuing treatment that could happen as early as 2028 include:

• Sanctions on southwest Oregon timber exports by China, Japan, and/or Korea
• Loss of 1,200 jobs related to timber export; $57.9 million in annual wages
• Reduction of timber harvest by 15%, with proportional loss of forest products harvest tax revenue, and forest sector jobs and wages
• Reduced rural residential property value; loss of real estate transaction revenues
• Decline in recreation and tourism income out of proportion to the extent of SOD infestation if an unfavorable public perception of the region takes hold

The report also highlighted that the disappearance of tanoak from southwest Oregon forests is impacting the local ecology and Native American culture in ways not reflected in purely economic terms.

Navarro said that the assessment’s predictions about the future rate of SOD’s spread in Oregon may be affected by people or unusual events, such as extreme weather events. “A big typhoon could send spores farther than expected, or people could transport the pathogen to distant locations on infected nursery plants or infected firewood,” she cautioned. “It’s why we need the public to be aware of the quarantine area and the precautions they need to take to ensure they don’t accidentally help this disease spread.”