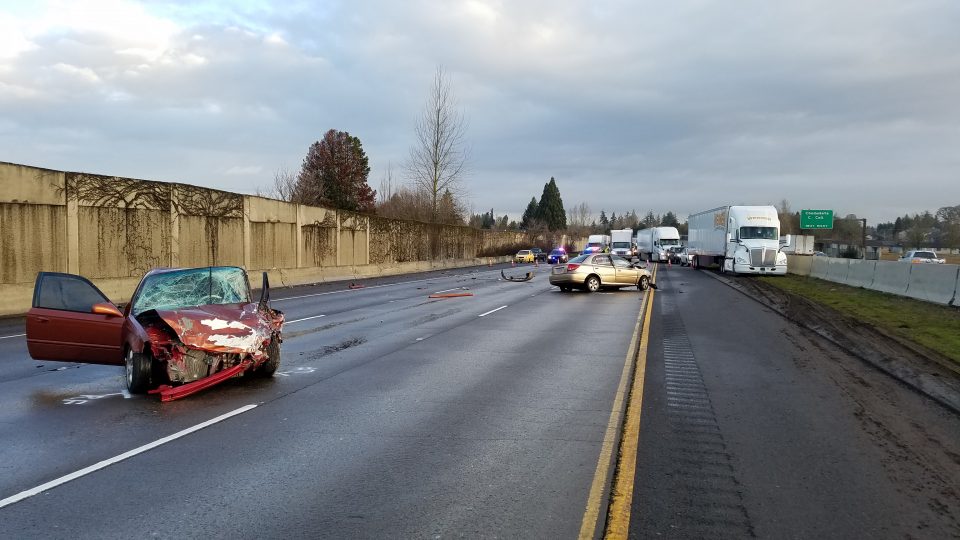 One man lost his life in a multivehicle crash on Interstate 5 north of Salem near the Portland Road interchange near milepost 257. The crash closed all southbound lanes for several hours.

Preliminary investigation indicates that a Kia Rio, operated by 20-year-old Jacob Bowlsby of Gresham, lost control and came to a stop in the middle of the freeway. A Honda Civic, operated by 20-year old Oscar Esparza of Salem, was southbound and collided with the Kia Rio.

Bowlsby was transported to the hospital where he was pronounced deceased.

Esparza was treated for injuries sustained in the crash and was then arrested for Driving Under the Influence of Intoxicants. The investigation is continuing.