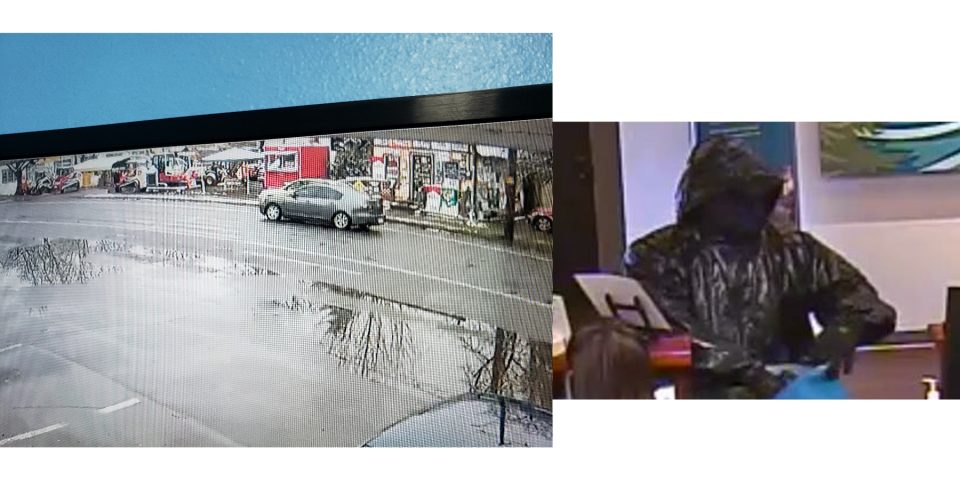 The FBI is releasing new photos of a car of interest in the recent bank robbery at the Umpqua Bank branch located at 113 S. Main Street in Jefferson, Oregon. On February 5, 2019, a man walked into the branch, approached the teller desk while displaying a weapon, and demanded cash from three tellers. The car of interest was seen before and after the robbery driving through downtown Jefferson and on Highway 99E. Investigators believe the car is a gray Mazda four-door with a spoiler on the back.

Witnesses describe the robber as a:

• White man
• Height: 5’9″ to 6’0″
• Weight: 160 to 200 pounds
• Clothing: The suspect was wearing a hooded black and light blue two-toned raingear-type top with light-colored pants tucked into black rubber over-boots and a black full-face covering. The suspect wore a black ski glove on his left hand and carried a blue bag.
• Weapon: The suspect had a pistol that was covered in a plastic bag.

The wanted poster for this suspect can be found on the FBI’s Unknown Bank Robber website at https://bankrobbers.fbi.gov/robbers-container/2019-02-08.0133058819