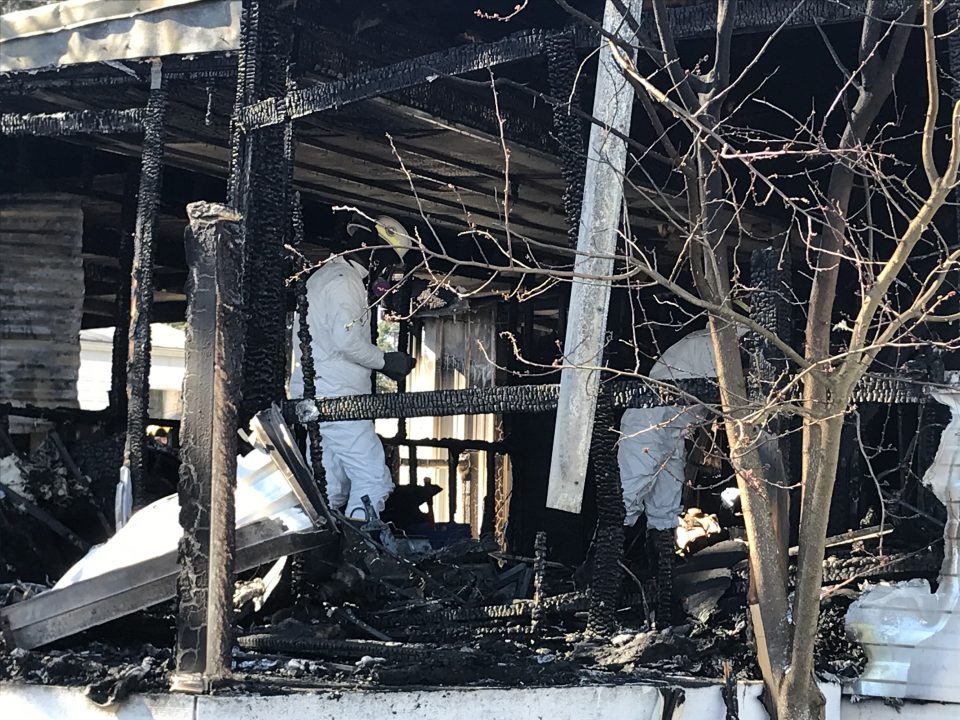 Neighbors were awakened by a barking neighbor’s dog to the fire. The residence is a single-wide mobile home with an attached porch. Two residents (a man and woman) were inside at the time of the fire. The woman made it out, the man did not. One neighbor went in to try and rescue the male occupant of the residence, but was pushed back by the smoke and fire. The neighbor and woman occupant both sustained injuries from the fire. Both of the injured were transported to the hospital by paramedics. Their injuries are serious. A dog was also lost in the fire and another dog was saved.

The cause of the fire is under investigation at this time in conjunction with the State Fire Marshal’s Office. Keizer Police and Fire agencies from Marion County Fire responded as well. There is no indication of working smoke detectors in the home. Over twenty firefighters helped at this fire.