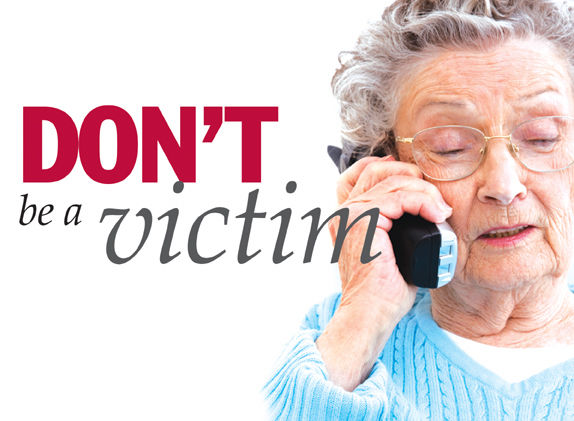 Portland, OR – March 4, 2019 – Elder abuse fraud continues to rise as a major consumer protection issue, with financial losses nationwide totaling $2.9 billion annually. Financial exploitation of the elderly often goes unreported because in many cases, it is someone closest to the victim who is the abuser.

The prevalence of this issue in Oregon is spurring multiple consumer protection groups to join forces and raise awareness. At Better Business Bureau Northwest + Pacific, reports on elder abuse fraud range from typical romance and IRS tax-scams, to more intricate schemes by caretakers or adult children duping victims into paying for construction that never occurs is or is unnecessary.

Carmel Snyder with AARP says reported financial abuse of elders is likely “just the tip of the iceberg in terms of total number of older adults who are defrauded or scammed out of their life savings.” Snyder adds, “this is especially insidious because older adults have very few opportunities to re-earn money.”

At Oregon Department of Human Services, the Adult Protective Services unit receives an increase in elder financial-abuse reports every year, according to Billie McNeely with DHS.

Statistics show the nation’s senior population will continue rising until 2030. “At this time, it is estimated there will be more people, 65 and older, than there will be children under 18,” McNeely said. “With 75% of the nation’s wealth being held by seniors, this places a large target on one of our most vulnerable populations.”

For children and family members of the elderly, it is important to watch for signs of financial abuse. If there is a caretaker in the home, BBB recommends that family members check in regularly and, when and where they can, be vigilant about their parents’ spending. The same is true for caretakers who suspect any odd behavior by family members. Warning signs include someone trying to isolate the victim from outside friends and neighbors, or someone having dubious access to a victim’s finances.

“For seniors and their families, it is critical that they watch for signs of financial fraud, neglect and abuse, and report any concerns to authorities,” said Steve Goldman, Assistant Special Agent, FBI Oregon.

Steele confirmed that victims 60 and older represent one of the largest demographics reporting fraud to the FBI’s Internet Crime Complaint Center, and that Oregon experiences a significant amount of these complaints.

To prevent further abuse, outreach, education and prevention efforts are the, “most powerful tools,” according to McNeely.

This includes educating both young and old about various scams targeting the elderly. One of the most common ways these victims lose money is to tax scams. “Seniors have lost thousands of dollars and their personal information to tax scams,” said Brian Wozniak, IRS Stakeholder Liaison. “The IRS does not initiate contact with taxpayers by email, text message or social media channels to request personal of financial information.”

Whether or not the scam is perpetrated by an outsider, or by someone close, it is critical these crimes be reported to any or all consumer protection groups. For more information, see the links and numbers below:

###
About BBB: For more than 100 years, the Better Business Bureau has been helping people find businesses, brands,?and?charities they can trust. In 2017, people turned to BBB more than 160 million times for BBB Business Profiles on more than 5.2 million businesses and Charity Reports on 11,000 charities, all available for free at?bbb.org. There are local, independent BBBs across the United States, Canada,?and?Mexico, including BBB Northwest & Pacific, which serves more than 15 million consumers in Alaska, Washington, Idaho, Oregon, Montana, Hawaii and Western Wyoming.