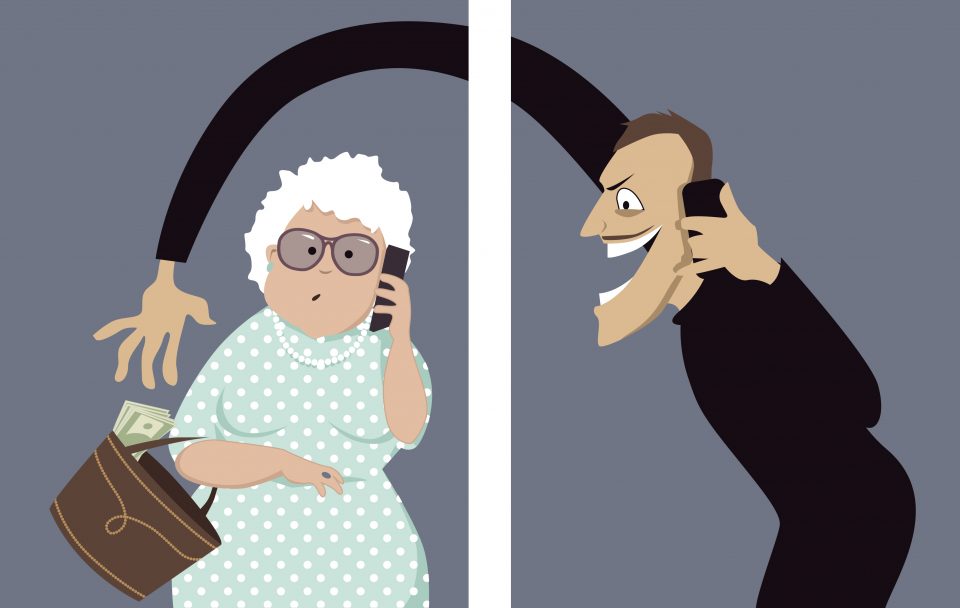 PORTLAND, Ore.—Attorney General William P. Barr and U.S. Attorney Billy J. Williams today announced the largest coordinated sweep of elder fraud cases in history, surpassing last year’s nationwide sweep. The cases during this sweep involved more than 260 defendants from around the globe who victimized more than two million Americans, most of them elderly.

“Crimes against the elderly target some of the most vulnerable people in our society,” Attorney General William P. Barr said. “But thanks to the hard work of our agents and prosecutors, as well as our state and local partners, the Department of Justice is protecting our seniors from fraud. The Trump administration has placed a renewed focus on prosecuting those who prey on the elderly, and the results of today’s sweep make that clear. Today we are announcing the largest single law enforcement action against elder fraud in American history. This year’s sweep involves 13 percent more criminal defendants, 28 percent more in losses, and twice the number of fraud victims as last year’s sweep. I want to thank the Department’s Consumer Protection Branch, which led this effort, together with the Department’s Criminal Division, the more than 50 U.S. Attorneys’ offices, and the state and local partners who helped to make these results possible. Together, we are bringing justice and peace of mind to America’s seniors.”

“Today’s sweep sends a clear message that the Department of Justice is determined to hold accountable criminals who prey on our elderly citizens,” said Billy J. Williams, U.S. Attorney for the District of Oregon. “I want to thank our law enforcement partners from across the federal government as well as the many state, local and tribal agencies here in Oregon who assisted in bringing these cases and helping to put an end to these shameful schemes.”

Three District of Oregon cases were included in the sweep:

U.S. v. Stevens et al.
On January 8, 2019, a federal grand jury returned a six-count indictment charging Portland couple Ronnie Stevens, 49, and Tina Ephrem, 43, with wire fraud after they conspired to defraud an elderly couple of money and property. Stevens and Ephrem stole more than $1.5 million from the adult victims and spent the proceeds on utility bills, restaurants, cigars, retail purchases and travel to locations including Hawaii, Anaheim, California, Las Vegas, Nevada and the Spirit Mountain Lodge in Grand Ronde, Oregon. The couple was arrested on January 11, 2019 and ordered detained pending a five-day jury trial beginning on June 10, 2019.

U.S. v. Gregory
On January 22, 2019, Rodney Paul Gregory, 64, of Lebanon, Oregon, pleaded guilty to one count each of wire fraud and money laundering for his role in online romance scams, some of which targeted the elderly. Between May 2017 and January 2019, Gregory acted as a money mule, receiving proceeds from various scams and wiring the money into overseas bank accounts. Gregory faces a maximum sentence of 20 years in prison, a $250,000 fine and three years’ supervised release and will be sentenced on April 4, 2019.

U.S. v. Tucker
On February 12, 2019, Tayva Tucker, 41, of Madras, Oregon, pleaded guilty to one count of theft of government funds for stealing nearly $40,000 in Social Security payments from ten mentally disabled adults. Tucker was employed by a social services organization where she oversaw outreach to mentally disabled clients as part of the organization’s mental health program. An organizational audit uncovered unusual movement of funds between various client accounts, as well as funds transferred from client accounts to Tucker. When confronted, Tucker admitted to taking clients’ Social Security benefits for her personal use. Tucker faces a maximum sentence of 10 years in prison, a $250,000 fine and three years’ supervised release and will be sentenced on April 25, 2019.

The Department took action in every federal district across the country, through the filing of criminal or civil cases or through consumer education efforts. In each case, offenders allegedly engaged in financial schemes that targeted or largely affected seniors. In total, the charged elder fraud schemes caused alleged losses of millions of more dollars than last year, putting the total alleged losses at this year’s sweep at over three fourths of one billion dollars.

The charges are merely allegations, and the defendants are presumed innocent unless and until proven guilty beyond a reasonable doubt in a court of law.

Since passage of the bipartisan Elder Abuse Prevention and Prosecution Act (EAPPA), the Department of Justice has participated in hundreds of enforcement actions in criminal and civil cases that targeted or disproportionately affected seniors. The Justice Department has likewise conducted hundreds of trainings and outreach sessions across the country since the passage of the Act.

Elder fraud complaints may be filed with the FTC at www.ftccomplaintassistant.gov or at 877-FTC-HELP. The Department of Justice provides a variety of resources relating to elder fraud victimization through its Office of Victims of Crime, which can be reached at www.ovc.gov.
# # #