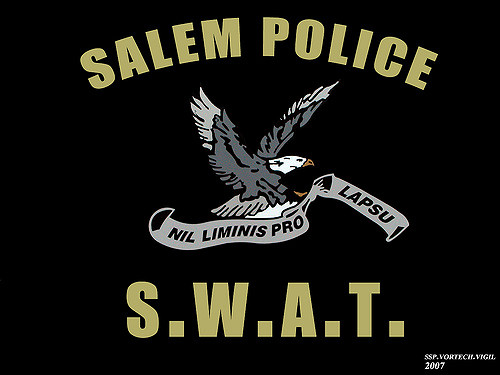 On March 16th 2019 at approximately 6:30PM a Salem Police Officer attempted to make contact with a person, whom they knew to be Jessie Guajardo, 30 years old from Salem. Guajardo was known to have felony warrants out for his arrest. When the officer attempted to make contact with Guajardo, he fled on foot to elude capture. The officer exited their patrol vehicle and pursued Guajardo on foot.

During the foot chase, the officer lost sight of Guajardo. While the officer was trying to locate the suspect, Guajardo made his way back to the original location where the officer first attempted contact with him and stole the officer’s patrol vehicle. Patrol Officers were able to quickly locate the stolen police vehicle, which Guajardo had abandoned near 23rd Street SE and Simpson Street SE. During the course of their investigation, officers were able to determine Guajardo was in a home in the 2200 block of Simpson Street SE. Attempts by patrol officers to make contact with Guarjardo were unsuccessful. They were able to determine Guajardo was held up inside the home and was refusing to surrender.

Because of Guajardo’s extensive criminal history, the Salem Police SWAT Team was called to the scene. Within minutes of SWAT arriving at the home Guajardo exited the residence and was placed under arrest without incident. The patrol vehicle that was stolen was not damaged and all equipment was accounted for.

Guajardo was subsequently transported and lodged at the Marion County Jail for his felony warrants, and the new charged stemming from this incident, which included; Unauthorized Use of a Motor Vehicle, Attempt to Elude (both felony and misdemeanor), Theft I, and Trespass in the First Degree.