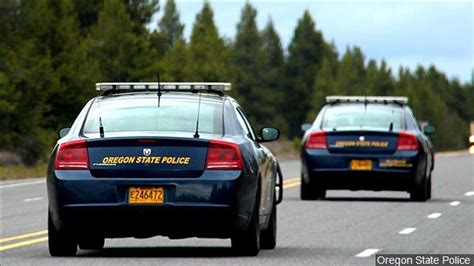 On Sunday, March 17, 2019 at approximately 12:00 P.M. Oregon State Police and emergency personnel responded to the report of a shooting that had occurred on Interstate 5 southbound near milepost 124.

Witnesses reported a subject in a late model silver four door sedan, possibly a Ford, with no license plates shot a male subject in another vehicle while traveling southbound at that location.

The victim was transported to Mercy Medical Center in Roseburg for treatment of a gunshot wound. He was pronounced deceased at the hospital.

The suspect vehicle continued on Interstate 5 southbound from milepost 123.

A witness described the driver of the silver car as a male in his 30’s wearing a red baseball cap.

Oregon State Police is asking anyone who sees a vehicle and subject matching that description to call 911 and do not attempt to contact as we consider the suspect armed and dangerous.

Anyone that may have witnessed the shooting or anyone with any information regarding the shooting is asked to call the Oregon State Police at – *OSP – and refer to case # SP19095157.

Investigation is continuing and no further information is available for release at this time.