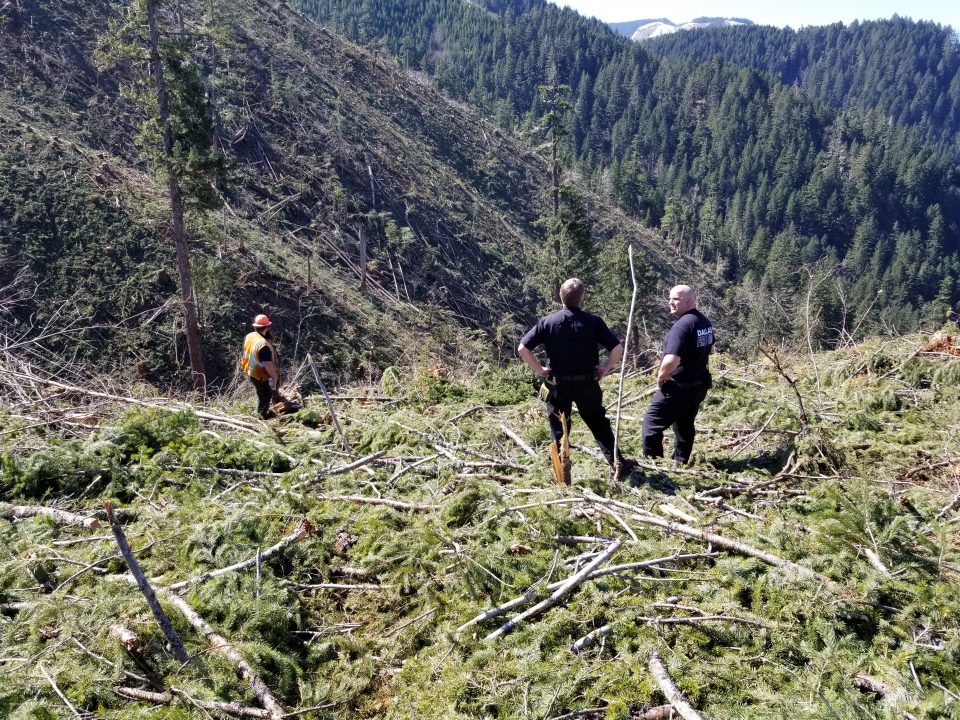 Shortly after noon on Monday, Dallas Fire & EMS along with SW Polk Fire District, responded to an emergency call involving a logger who had been struck by a boulder. When the boulder struck the logger, it caused him to fall approximately 600’-700’ down into a steep ravine. The logging operation is located a remote, heavy timbered area, which created a challenge for the medical and Fire personnel on scene to reach the injured logger. Assistance from the City of Salem Fire Department’s High Angle Rescue Team and Polk County Search and Rescue was requested. It took emergency crews approximately two hours to rescue the injured logger. He was transported by Dallas Fire & EMS to the hospital with serious injuries.

While Fire personnel were on scene of the injured logger, an out of control burn pile was reported in the area of the 9000 block of Rickreall Rd. Dallas Fire & EMS, SW Polk Fire District with the assistance of Polk County Fire District #1, were able to get the fire under control within about 20 minutes arriving on scene. Appromately 1/3 of an acre of blackberry bushes and vegetation were burned

Dallas Fire & EMS along with SW Polk Fire District want to remind our residents to use caution when burning. Make sure you have two ways to extinguish your fire, never leave it unattended, be mindful of structures and low hanging vegetation, and do not hesitate to call 911 if your burn pile gets away from you. Before you burn please call the Polk County burn information line at (503) 838-2020 to verify burning conditions.