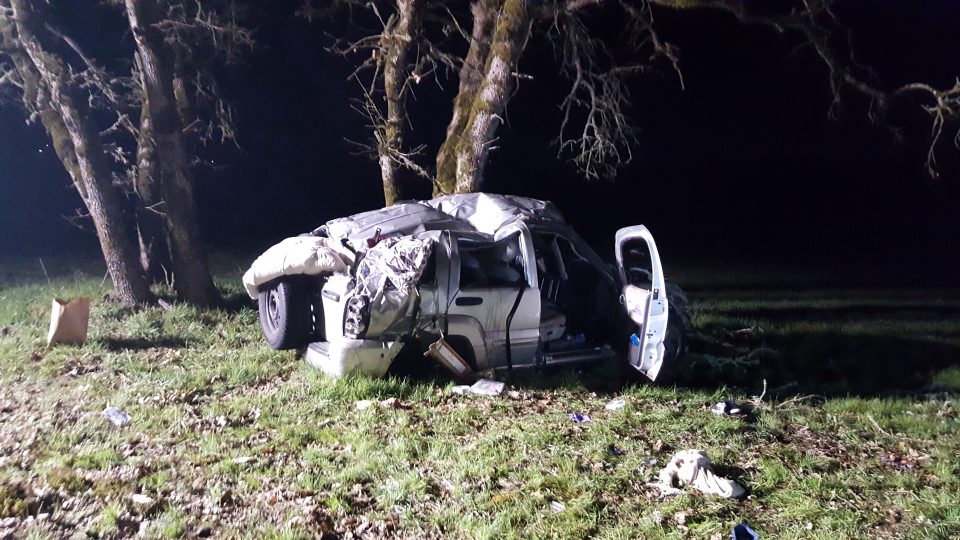 On Thursday, March 21, 2019 at approximately 6:21 P.M. Oregon State Police Troopers located a vehicle reported stolen from Eugene on Interstate 5 in the Albany area. The vehicle and the occupants were also of interest in multiple armed robberies in the Eugene area.

Troopers attempted a traffic stop and the vehicle attempted to elude. The vehicle lost control on Hochspeier Road near the intersection of Hwy 164 (Jefferson Highway) milepost 1 just north of the City of Jefferson and rolled several times.

One occupant of the vehicle sustained fatal injuries and was pronounced deceased. Two other occupants were transported to Salem Hospital with serious injuries.

A criminal investigation continues into the occupants of the vehicle for multiple armed robberies by the Eugene Police Department.

The single vehicle crash is being investigated by Marion County Sheriff’s Office with a crash reconstruction team made up of OSP, Marion County S.O. and Keizer Police Department.